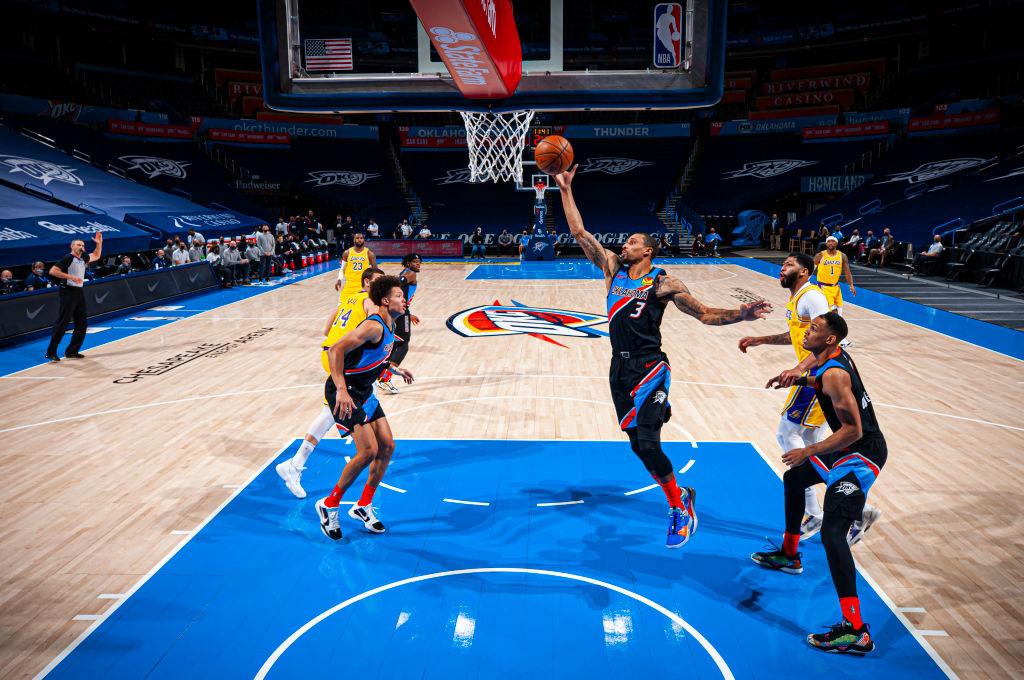 The Oklahoma City Thunder have exceeded expectations this season but could be the biggest sellers ahead of Thursday’s NBA trade deadline.

Among the trade pieces they have, none are as attractive on the market as 13-year veteran George Hill, as Bleacher Report’s Jake Fischer reports that the Los Angeles Lakers, Los Angeles Clippers and Philadelphia 76ers have all expressed interest in Hill.

34-years-old, Hill’s his leadership, experience and on-court production are well worth his contract and the “draft compensation” Oklahoma City will request in a trade package. As a result, it’s not surprising that the teams who reportedly have interest in Hill’s services are NBA Finals contenders.

A playmaking veteran guard, Hill’s all-around ability allows him to fit like a glove for many teams, making an immediate impact.

Hill was one of the Milwaukee Bucks’ best bench pieces last season, finishing fifth in Sixth Man of the Year voting. This season, as a starter with the Thunder, he’s been just as good with averages of 11.8 points per game while shooting .386 percent from deep.

It’s worth noting that Hill is still recovering from thumb surgery but recently got his cast removed as he enters the final stages of his rehab.