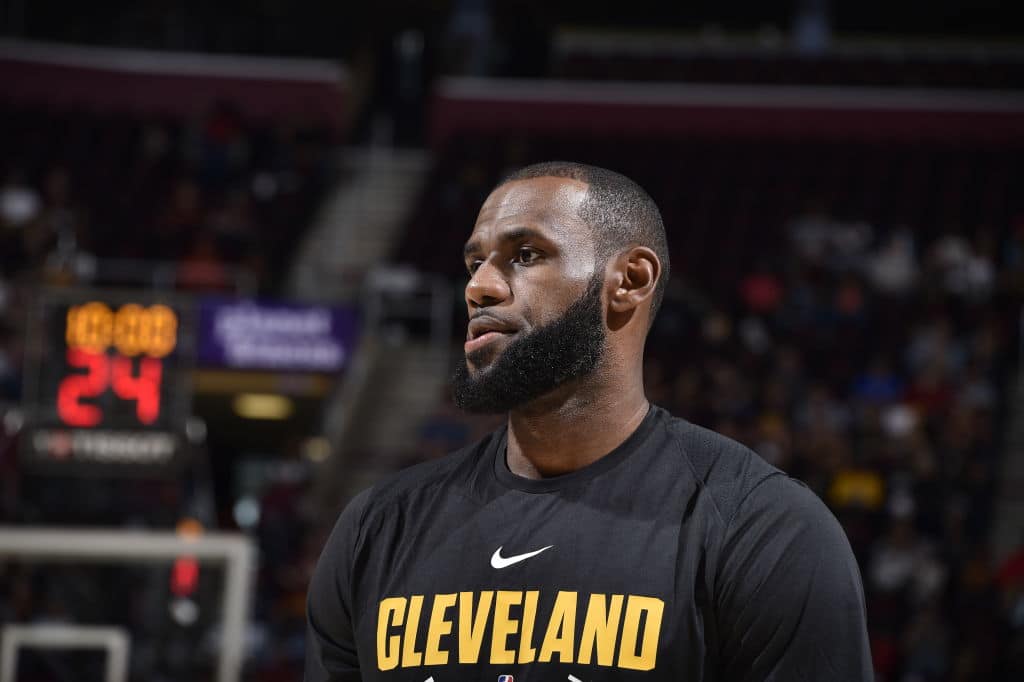 The Lakers’ braintrust envisions having their own so-called “death lineup” in Los Angeles next season, with LeBron James playing the center position.

Lakers exec is excited to unleash L.A.’s version of the Death Lineup with Bron at small-ball center https://t.co/WGFtkv2eZQ pic.twitter.com/BxZujSCx1N

The front-office adds an important caveat:

“The roster we have in October may not be the same come February.”

“It won’t feel real to me until I see [James] in training camp,” said a Lakers executive, standing not more than 40 feet from the superstar forward. “It’s still hard to believe.”

For now, that honeymoon glow has reduced the pressure to add a second star. The team missed out on Paul George. Kawhi Leonard is a member of the Raptors—and while ESPN’s Chris Haynes reported that Leonard is not thrilled with the prospect of playing for Toronto, the franchise has a year to change his mind before he hits free agency.

“We may not see this on day one, but the coaching staff is eager to see our version of the [Warriors’] Death Lineup with Lonzo [Ball], Josh Hart, Brandon Ingram, [Kyle] Kuzma and LeBron,” a second Lakers executive said.

Related
Report: LeBron James to Focus on Post Play With the Lakers