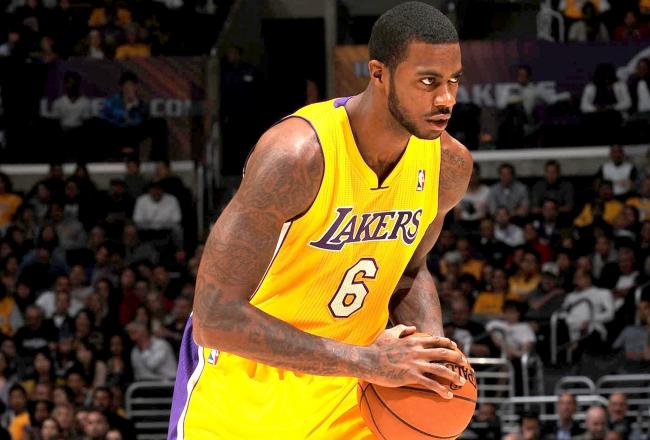 Given the staggering number of injuries they’re dealing with this season, the Los Angeles Lakers are desperate for healthy bodies.

According to multiple reports, Earl Clark could soon find himself back in Hollywood on a one-year deal.

Through four games for the Rio Grande Valley Vipers of the NBDL, Clark has impressed with averages of 28.8 points, 7.3 rebounds and two assists.

Over the past several weeks, the Lakers have looked into available wing talent that features Quincy Miller. The Lakers came out of last week’s free agency workouts without delivering a deal, and while no deal has been reached yet with Clark, they are expected to have an elevated urgency due to the recent season-ending injury to Xavier Henry.

Clark, 26, had his most productive NBA run with the Lakers in the 2012-13 season. He was an afterthought in the franchise’s trade for Dwight Howard, but averaged 7.3 points and 5.5 rebounds per game and secured a multi-year contract in the 2013 offseason.

Clark lasted half of last season with the Cleveland Cavaliers before signing a pair of 10-day contracts with the New York Knicks. He averaged 4.8 points and 2.6 rebounds in 54 total games. […] Clark was the 14th overall draft pick to the Phoenix Suns in 2009 out of Louisville. He has played five NBA seasons with Phoenix, Orlando, the Lakers, Cleveland and New York.

The Lakers have been awarded a $4.85 million disabled player exception for Steve Nash according to a league source.