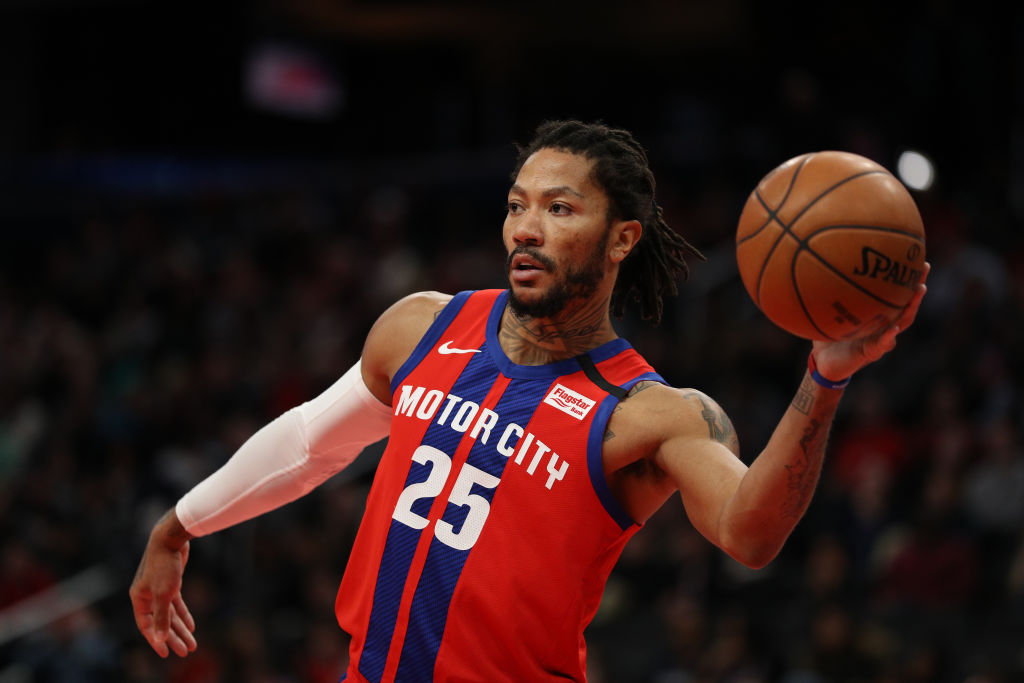 In the midst of a bounce back season with the Detroit Pistons, 31-year-old former MVP Derrick Rose has drawn interest from multiple teams ahead of the Feb. 6 trade deadline. The Los Angeles Lakers and Philadelphia 76ers are two of the squads checking in, Chris Haynes of Yahoo Sports.

Additionally, Haynes notes that the Los Angeles Clippers have done their diligence reaching out to the struggling Pistons for exploratory talks about the veteran.

Rose has averaged 18.4 points in just 26.0 minutes of action for Detroit this season and ensured that his solid 2018-19 campaign with the Minnesota Timberwolves was no fluke. In 10 January contests, he’s averaging 22.8 points per game.

Despite Rose’s appeal as an affordable offensive weapon on a team looking to pivot toward the future, the guard inked a two-year, $15M pact with the Pistons last summer and may be content to see it through.

Chris Crouse of Hoops Rumors reports that Rose is happy with the Pistons and not looking to be traded. Of course that may not be enough to deter a team like the Lakers, eager to shore up their backcourt with a potent offensive weapon.

The Lakers could dangle a combination of Avery Bradley and draft assets (their 2020 1st, for example) but that may not be enough to convince the Pistons to part ways with their most valuable and reasonably available asset.

A package of Quinn Cook and Flint, Michigan native Kyle Kuzma would work financially, the latter of whom has emerged in trade speculation over the course of the past month, but that may lean too heavily in the opposite direction.

Finding a fit with the Sixers is perhaps even more challenging, especially without a potentially sending rookie standout Matisse Thybulle to the Motor City. If Philly was desperate enough to do so, then a package of Thybulle and former Michigan Wolvering Trey Burke would do the trick.

Speculation aside, the line that contending teams will need to walk is how much to give up in exchange for an elite reserve guard and spot starter.