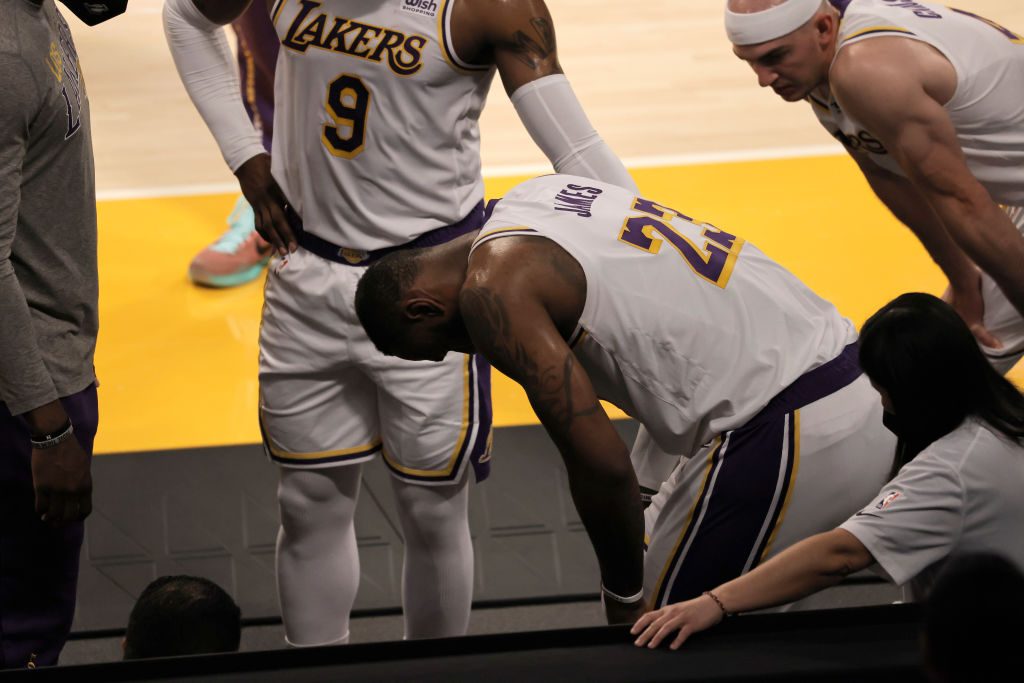 The Los Angeles Lakers have faced quite a bit of adversity this season and the news has only gotten worse since Anthony Davis re-aggravated his previous tendonis in matchup against the Denver Nuggets on Feb. 14.

While facing a surging Atlanta Hawks squad over the weekend, the four-time NBA MVP went down with a gruesome-looking ankle injury and was clearly in a lot of pain before exiting the game.

Shortly after, ESPN’s Adrian Wojnarowski reported that the x-rays were negative on James’ right ankle but MRIs revealed that he suffered a high-ankle sprain that will keep him out indefinitely.

One of the favorites to win the 2021 NBA MVP Award, his missing time is tough for his teammates and Lakers fans but it appears as if Saturday night’s events bothers nobody more than James himself.

Following the game, James addressed his fans and the NBA world on Twitter, letting everybody know he’s “nothing angers and saddens [him] more than not being able to [play] and for [his] teammates… hurt inside and out right now.”