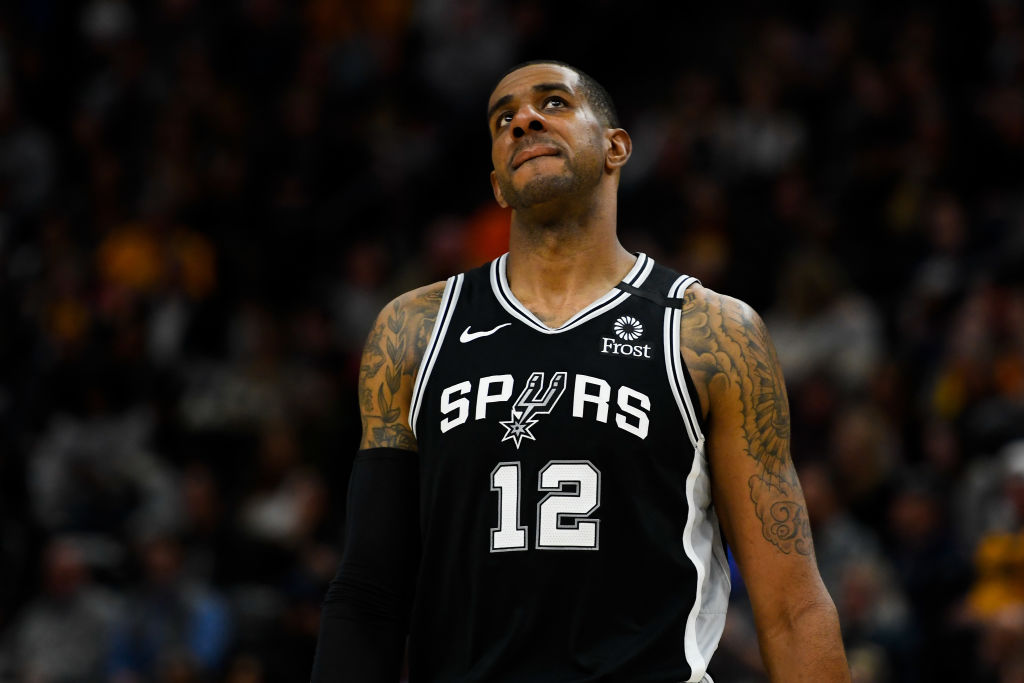 The San Antonio Spurs will be without big man LaMarcus Aldridge when their season resumes at Disney World, the team has announced. Aldridge underwent shoulder surgery in April and will miss the remainder of the 2019-20 campaign.

Aldridge’s procedure was performed to correct an injury sustained to his right shoulder in late February and he’s expected to make a full return ahead of the 2020-21 season.

The 34-year-old played in 53 games for the Spurs this season, averaging 18.9 points and 7.4 rebounds per contest. Now, he’ll be forced to watch his 12th-place squad chase a Western Conference playoff spot without him when the league convenes to finish the 2019-20 campaign after the four month shutdown.

The Spurs are four games behind the No. 8 seed Memphis Grizzlies, with three other teams between them.