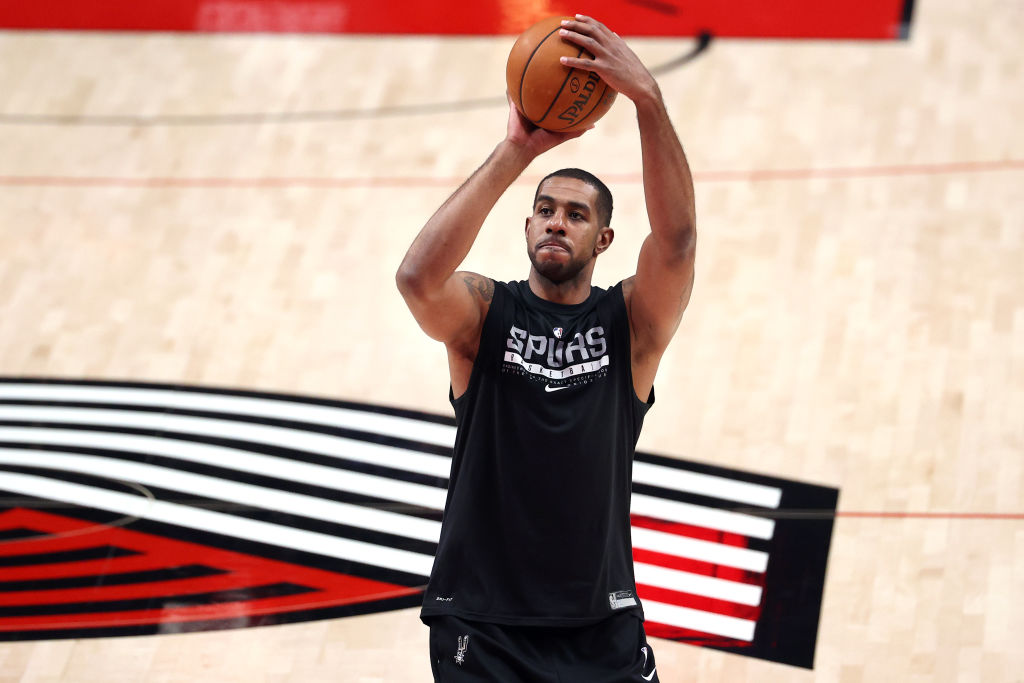 Following a Tuesday afternoon practice, 15-year veteran LaMarcus Aldridge spoke to the media for the first time since his surprise signing with the Brooklyn Nets.

Aldridge, who joined the Nets on Sunday, didn’t need to provide rationale for his free agency decision. At 35-years-old, the seven-time All-Star is racing against Father Time, taking the same route that other grizzled vets have when their desire to win a championship proves inescapable.

However, as a player who became a full-time starter during his rookie season, one has to wonder just how much LMA was willing to sacrifice in order to win a ring with Brooklyn.

Those concerns were laid to rest as Aldridge told reporters that his goals are no longer about achieving individual accolades but wins while filling “a void.”

“I’m not here to be an All-Star,” Aldridge said. “That’s not what I’m trying to do. I’m just trying to bring the value, try to bring the things I’m good at and trying to help this team win. I’m not worried about being an All-Star anymore.”

Aldridge is joining a loaded Nets’ team with three All-Stars in their prime in Kyrie Irving, James Harden and Kevin Durant, as well as one of the league’s most lethal 3-point specialists in Joe Harris. Add DeAndre Jordan, Blake Griffin, Jeff Green and Nic Claxton to the mix, you have what’s undeniably one of the most talented and decorated rosters in the league .

The Texas native sees himself as a stretch-five for the Nets, which “opens the floor up” for Brooklyn, says Nets head coach Steve Nash.

Known as one of the most efficient midrange shooters throughout his career, Aldridge has revolutionized his game to match the league at large. This season, Aldridge has taken a career-high .302 percent of his shot attempts from beyond the arc while knocking down .360 of his 3-point attempts, which bodes well for Brooklyn.

Nash says that LMA will have a few practice runs before possibly getting an opportunity to suit up later on in the week. Aldridge will also have a chance to be a starter, with the starting center role having been in-flux throughout the season.