LaMelo Ball In Conversation For No. 1 Pick In 2020 NBA Draft 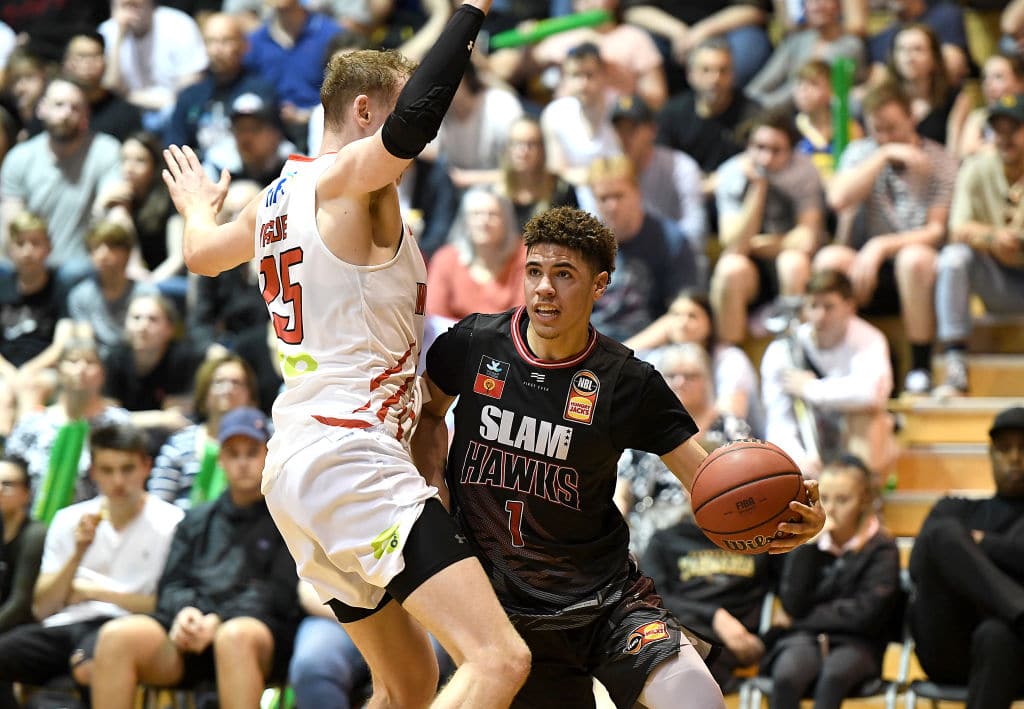 While he’s long been on the radar of hoops fans, LaMelo Ball is now being floated as a contender to be taken with the No. 1 pick in the 2020 NBA Draft. ESPN’s Jonathan Givony writes that the 18-year-old’s play in Australia has wowed scouts and executives.

Ball’s development over the course of the past few seasons, now on display as a member of the Illawarra Hawks of Australia’s National Basketball League, combined with his plus-size make him a compelling prospect.

“He has great vision, he has great creativity, a lot like his brother that way,” one scout told Sean Deveney of Heavy, eventually noting that he’s a better shooter than Lonzo Ball.

According to Deveney, the youngest Ball brother figures to be 6’7″ or 6’8″ when the 2020 NBA Draft rolls around next June and that’s just part of the reason why he’s vaulted from No. 24 to No. 3 in ESPN’s latest mock draft.

Ball will have his work cut out for him proving to executives that he’s a better pick than fellow prospects James Wiseman and Anthony Edwards but he’s been putting in work for his international squad so far this season and it showed in the NBL’s preseason tournament.

Ball scored 19 points while putting up 13 rebounds and seven assists in his first official NBL contest. Perhaps more impressively, the 18-year-old drew an early comparison to 2018-19 NBA Rookie of the Year Luka Doncic.

According to Givony, it’s Balls size, feel for the game and creativity that drew the Doncic comparison from one anonymous league scout.

It’s safe to say that the sample size for Ball’s performance in Australia is small but the impact he appears to be having on his team, both on and off the court, is impressive in its own right.

“He’s exceeded expectations,” Illawarra head coach Matt Flinn told Givony. “He’s come with absolutely zero baggage. He’s assimilated into his teammates, and they genuinely like having him around.”