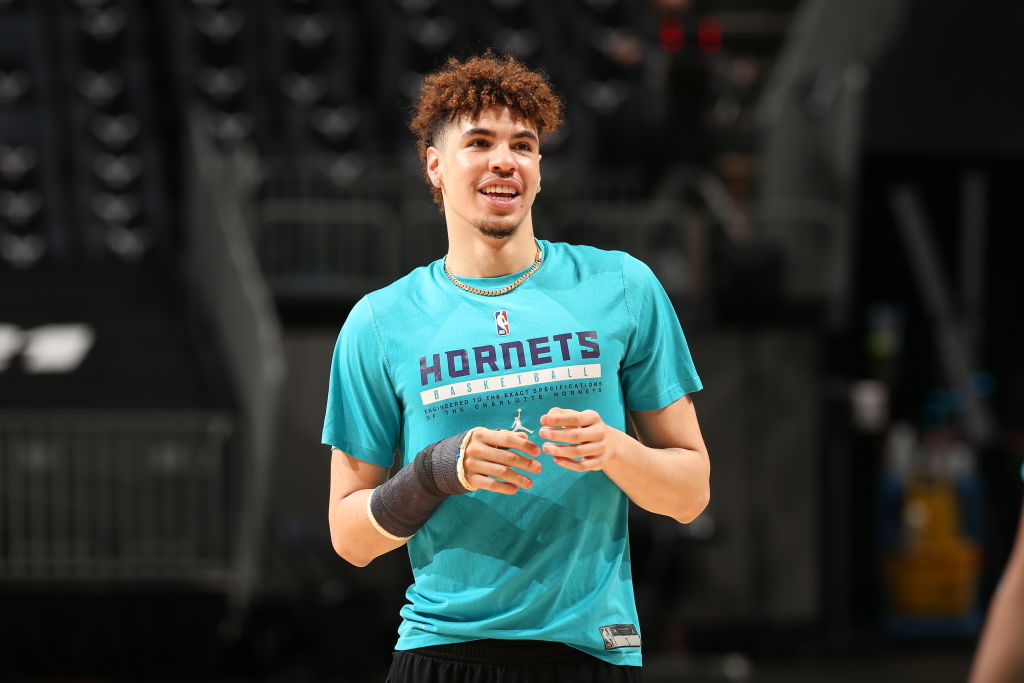 One of the best rookies in his entire class, LaMelo Ball has been as great as advertised early in his NBA career. The No. 3 overall pick in the 2020 NBA Draft has missed his last 15 games due to a fractured wrist he suffered on March 20.

While there was a chance he might miss whole season, he’s recovered quickly and will be back on the court helping the Hornets on their playoff push soon.The Hornets issued a press release with an update on Ball’s injury on Monday, bringing optimism to the situation.

“Ball’s cast was removed and a CT scan confirmed the wrist has healed. He has been cleared to return to individual basketball activity. Additional updates on Ball’s status and return to game action will be provided as appropriate.”

Shortly after, Adrian Wojnarowski of ESPN reported that Ball is set to make his return to the court in the next 7-10 days.

Charlotte is currently 28-29, good for the eighth seed in the Eastern Conference. Ball’s return will only increase their odds to make the postseason with his averages of 15.9 points, 6.1 assists and 5.9 rebounds per game on .375 from deep.

While he was an NBA Rookie of the Year favorite prior to his injury, Ball will have quite a bit of ground to make up if he wants to take home that hardware.