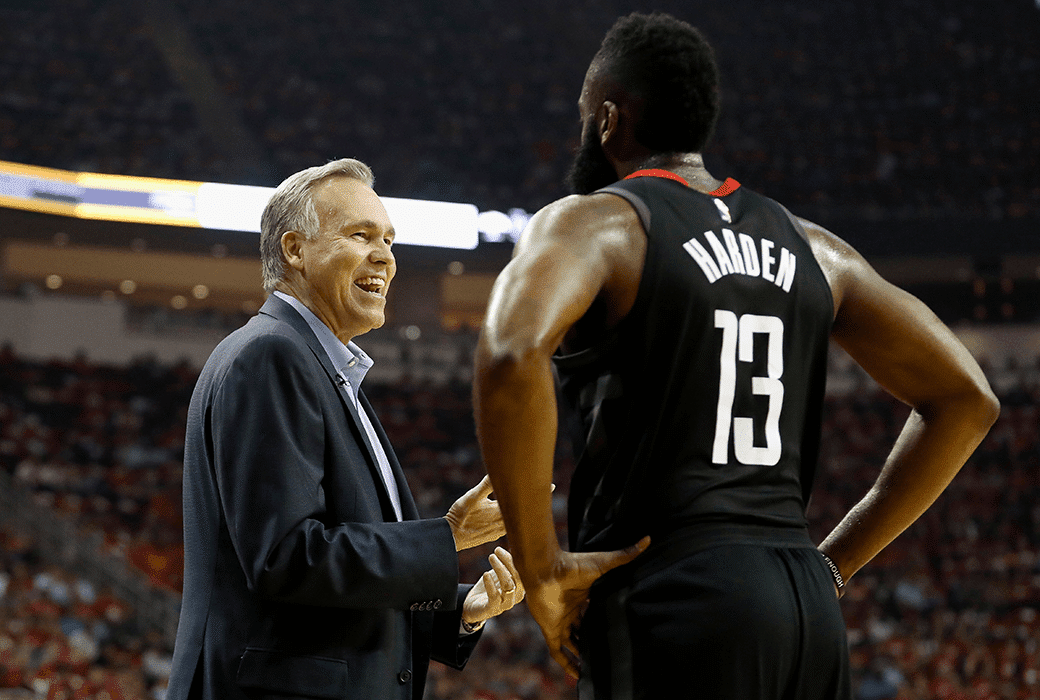 Mike D’Antoni has coached some of the top offensive talents in the League, but according to his wife, Laurel, none quite match up to the prowess of James Harden.

“He’s just morphed because of his players,” Laurel says of Mike. “My husband is in looove with James Harden. I mean, I would like to have a little bit of that love that he’s giving James Harden in my household. But I understand why. Because Mike said he’s the best offensive player he’s ever, ever, ever coached.” (via Bleacher Report)

Harden, considered one of the frontrunners for the NBA’s Most Valuable Player award, led D’Antoni’s Houston Rockets squad to a League-best 65 wins this season.