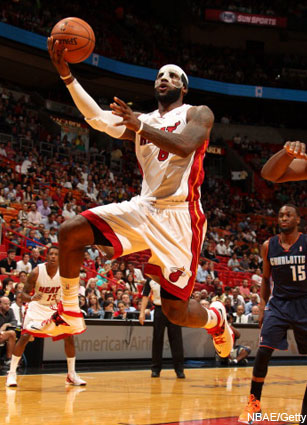 Memphis opened up a 15-point lead heading into the fourth quarter and the Grizz looked like they would cruise to an easy victory. Mike Conley’s triple with 4:56 left in the game gave Memphis its biggest lead of the night of 18, but that’s when John Wall and company came storming back. Over the next 4:48, the Wiz surged to a 25-9 run to cut the Grizzlies’ lead to 106-104. Wall, Bradley Beal and Trevor Ariza combined for 18 of those 25 points, but it was also encouraging to see Otto Porter come off the bench and knock down two threes while playing lockdown perimeter defense. Porter was a +13 when on the court.

Alas, the Grizz held off Washington’s late run thanks to clutch free throw shooting from Conley and Marc Gasol. For the game, Conley dropped 20 points and dished 7 assists while Gasol had 10, 8 dimes and 7 boards. Memphis snapped the Wiz’s six-game winning streak while moving just a game out of the 8th spot in the West.

Brooklyn started the game off on a 10-2 run, taking full advantage of its opportunity to get back to .500 for the first time since November 5 when the Nets were 2-2. Deron Williams was back to All-Star form, shaking and baking and getting to the rim with ease. D-Will finished with 20 points and 6 assists while four other Nets players were in double figures. In what was probably the best moment of the night, Jason Collins received a standing ovation when he checked into the blowout for Williams with 2:41 left in the game. It was Collins’ first home game returning to the franchise he once went to the NBA Finals with since becoming the first openly gay NBA player and signing a second 10-day deal with Brooklyn.

Trying to get out of a season-low funk, the Knicks opened the game strong after getting embarrassed for six-straight L’s, jumping out to a 28-20 lead after the first quarter. Then Andre Drummond took over, grabbing a career-high 26 rebounds to go along with 17 points, giving him a franchise-record 44th double-double of the season. Drummond didn’t just catch lobs on offense, though. He showed an array of post moves to get around the likes of Amar’e Stoudemire and Tyson Chandler. Don’t look now, but Andre Drummond is seriously in the “Who Are The Top 5 Centers In The NBA?” discussion.

After Kevin Durant seemingly locked up the hardware in the first half of the season, LBJ has re-entered the discussion. A career-high 61 points. 22-33 shooting. 8-10 from three-point land. 7 boards. 5 assists. 25 points in the third quarter alone. Damn.