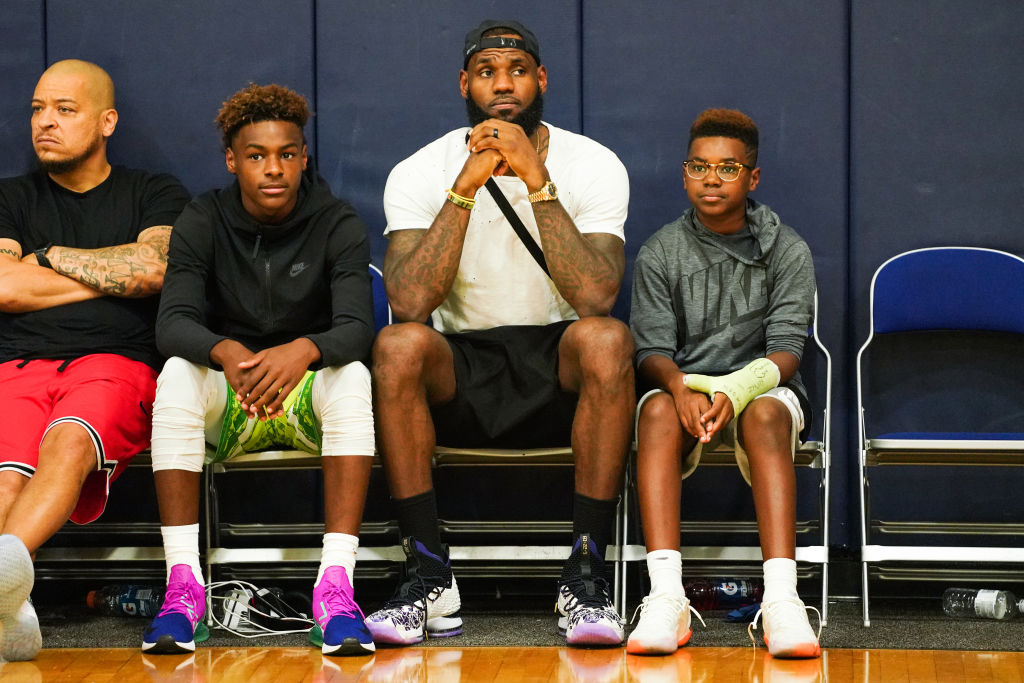 “AAU coaches don’t give a damn” about the kids, according to LeBron James.

James, whose two sons play in the system, says parents need to be aware of the pitfalls (too many games, poor nutrition, etc.) of AAU basketball.

LeBron adds that Nike’s EYBL has the best programs: “There’s no question about it.”

“These kids are going into the league already banged up, and I think parents and coaches need to know [that] … well, AAU coaches don’t give a f—,” James told Yahoo Sports. “AAU coaches couldn’t give a damn about a kid and what his body is going through.”

AAU in the midst of the organization’s peak and who also has two sons who are active in today’s AAU sphere, there’s no better player to weigh in on the subject than Lakers superstar LeBron James.

“I think [AAU] has something to do with it, for sure,” James told Yahoo Sports. “It was a few tournaments where my kids — Bronny and Bryce — had five games in one day and that’s just f—ing out of control. That’s just too much. And there was a case study where I read a report. I don’t know who wrote it not too long ago, and it was talking about the causes and [kid’s] bodies already being broken down and they contributed it to AAU basketball and how many games that these tournaments are having for the [financial benefit]. So, I’m very conscious for my own son because that’s all I can control, and if my son says he’s sore or he’s tired, he’s not playing.

“Because a lot of these tournaments don’t have the best interest of these kids, man. I see it. It’s like one time, they had to play a quarterfinal game, a semifinal game and a championship game starting at 9 a.m., and the championship game was at 12:30 p.m. Three games. I was like, ‘Oh, hell no.’ And my kids were dead tired. My kids were dead tired. This isn’t right. This is an issue.”