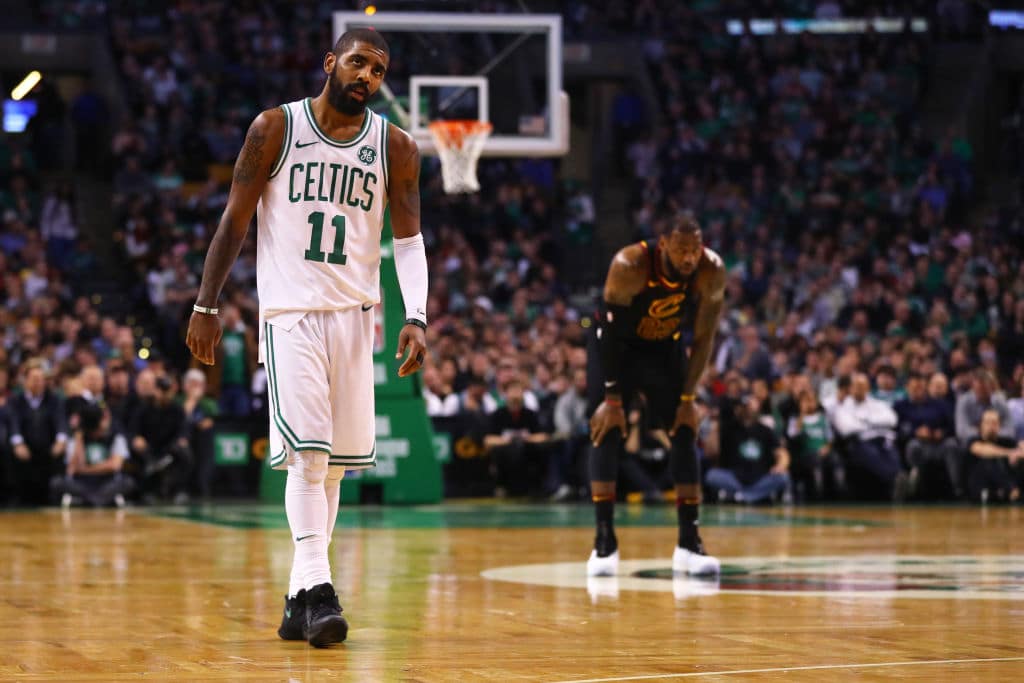 LeBron James continues to criticize the Cavs’ decision to trade Kyrie Irving to Boston in the summer of 2017.

LeBron tried to convince the team not to go through with the blockbuster swap, but Irving “was already gone” by the time he got wind of it.

Multiple sources have told The Athletic in the past year that Irving’s issues stemmed from no longer wanting to play alongside James and not wanting to be stuck with a roster built for James after he departed.

“I never felt like I didn’t want to play with him. The only thing I tried to do is give him whatever I could and more.”

“I think by the time it got to me he wanted to be traded, I think he was already gone,” James added. “He was already gone, and it was up to the organization to do their job and try to keep him as well. The guy still had two years left on his contract. They didn’t have to give him up. It could’ve been repaired then. Bring him in, let’s see what happens. I don’t think his stock drops if he still comes to Cleveland, see what happens and at the trade deadline you could still do it then.”