LeBron James: Donte DiVincenzo ‘Made Himself A Lot Of Money’ In Championship 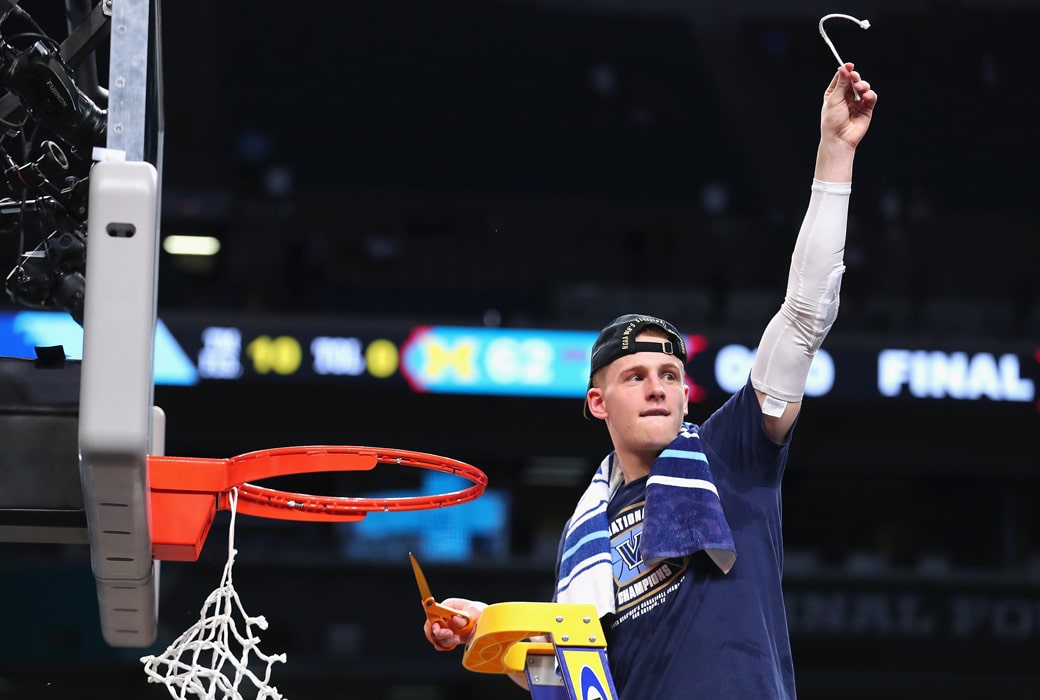 Even The King was impressed with Donte DiVincenzo’s performance in the NCAA title game Monday night.

DiVincenzo dropped 31 in Villanova’s 79-62 win over Michigan, setting the Championship record for points by a bench player.

On Tuesday, LeBron James told reporters that DiVincenzo “made himself a lot of money” with his “all-around” impact:

Listen, that kid, he was on fire. But he did it in an all (around way). First of all, he made himself a lot of money. That’s the first thing I thought. Obviously, I’m not with the whole college thing so I don’t care about that. He made himself a lot of money last night and not because of the way he was shooting, but he was doing it all. He was getting into the lane, and-1s, backdoors, lobs, verticality with Matthews at the peak, showing his athleticism. And then when the game started to kind of get (close) when Michigan cut it to 12, boom, he hits another backbreaker. Michigan kind of gets it to 10, boom, he shows up again. Man, listen, at the end of the day, Villanova was the best team in college basketball this year and when the National Player of the Year is on the sideline with four fouls for the majority of the second half and you’re still winning? That lets you know how great of a team you are. So, Donte, obviously he was great. The kid (Mikal) Bridges, he was shooting the heck out of the ball. That one kid, No. 4, I call him ‘Baby Millsap,’ (Eric) Paschall, I call him Baby Millsap. Listen, he’s a matchup problem. But the best team won and I’m actually happy they won a little bit because we don’t really speak that other team’s name around here. But I do feel, I feel for the kids though.