LeBron James Jr. and Drake Talk Trash Prior to Game 4 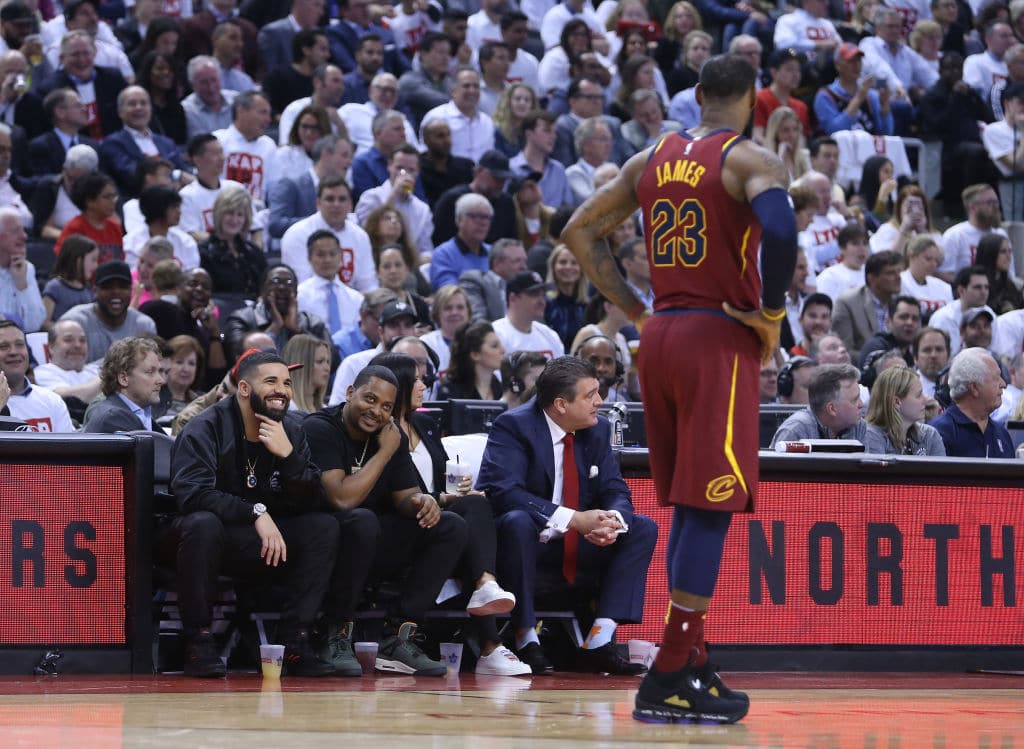 Down 3-0, the Toronto Raptors are on the verge of playoff elimination heading into Game 4 tonight, something LeBron James‘ son was all-too-happy to remind Drake of.

Drizzy, perhaps resigned to his favorite team’s fate, shot back with a convoluted album promo.

“That’s just who he is,” said Cavs center Kevin Love.

His late-game heroics have become so common that coach Tyronn Lue’s only instructions during late timeouts is to pick which player is going to pass it to James.

“You just get the ball to ’Bron at the end of the game, he has been producing for us all season, his whole career,” Lue said Sunday as the Cavaliers got ready for Monday’s Game 4. “If the game is tied or the game is on the line, we got a great person to go to down the stretch.”