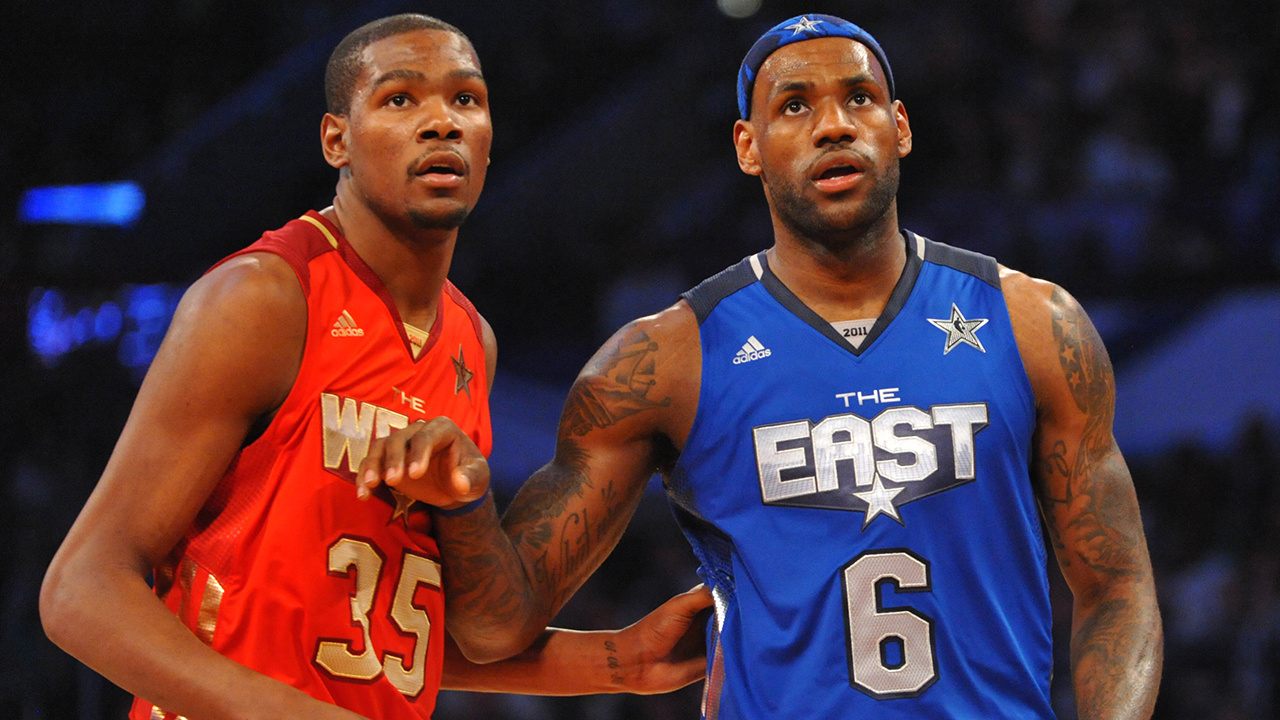 Back during the 2011 NBA lockout, LeBron James and Kevin Durant were working out together in Akron when, in their spare time, the NBA stars allegedly recorded a hip-hop track together.

Durant reportedly handled the opening verse while LeBron came in for the second, followed by another KD verse to close things out.

League sources informed ESPN that the Cleveland Cavaliers and Golden State Warriors superstars collaborated on the track during the lockout in 2011 while Durant, then a member of the Oklahoma City Thunder, was visiting James, who had joined the Miami Heat, for workouts in Akron, Ohio.

One person who has heard the song says he recalls Durant rapping the first verse, James hopping on for the second and then Durant finishing it off.

The song’s title and theme are unknown, as are its whereabouts. Durant, who produces beats in his spare time, is believed to have provided the instrumentals.

The report goes on to mention that there were discussions about the track being featured in KD’s 2012 film Thunderstruck.

But those talks were ultimately quashed, and the song was permanently shelved.

While this track my never be released to the public, LeBron and KD have a few old raps still floating around the internet. Have a listen:

RELATED:
Paul Pierce Says Kevin Durant ‘May Be The Best Player’ in the NBA