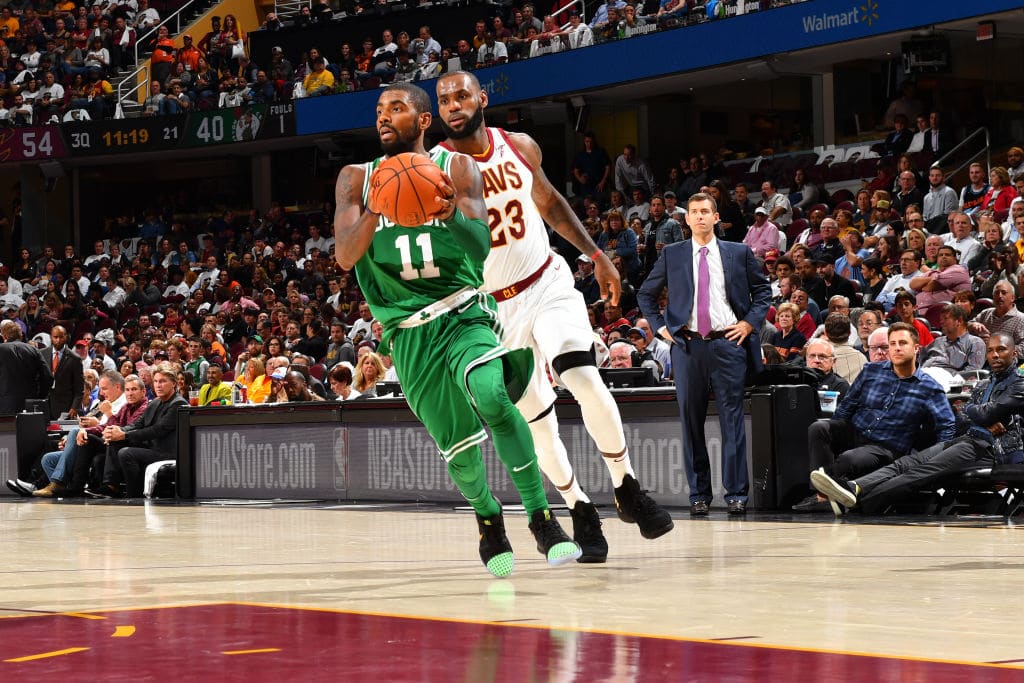 The day Kyrie Irving was traded, LeBron James implored the Cavs not to do it.

After reportedly getting assurances from general manager Koby Altman that it wouldn’t happen, owner Dan Gilbert green-lit the trade with Boston anyway, triggering what James calls “the beginning of the end for everything” in Cleveland.

LeBron James: Cavaliers’ trading of Kyrie Irving was ‘beginning of the end for everything’ by @joevardon https://t.co/2Y59grXMVl #NBA #Cavs

LeBron makes his return to Cleveland as a visiting player this Wednesday.

“Everyone knows that when Kyrie got traded, it was the beginning of the end for everything. It’s not a secret,” James said.

James suggested he didn’t feel he was lied to by Altman, so much as Altman was overruled by owner Dan Gilbert.

Cavs front-office officials declined to be quoted for this story but disputed that Altman gave James any indication the trade would not occur. They also said Altman asked James whether he would commit to the Cavs long-term if Irving were not traded, and James said no.