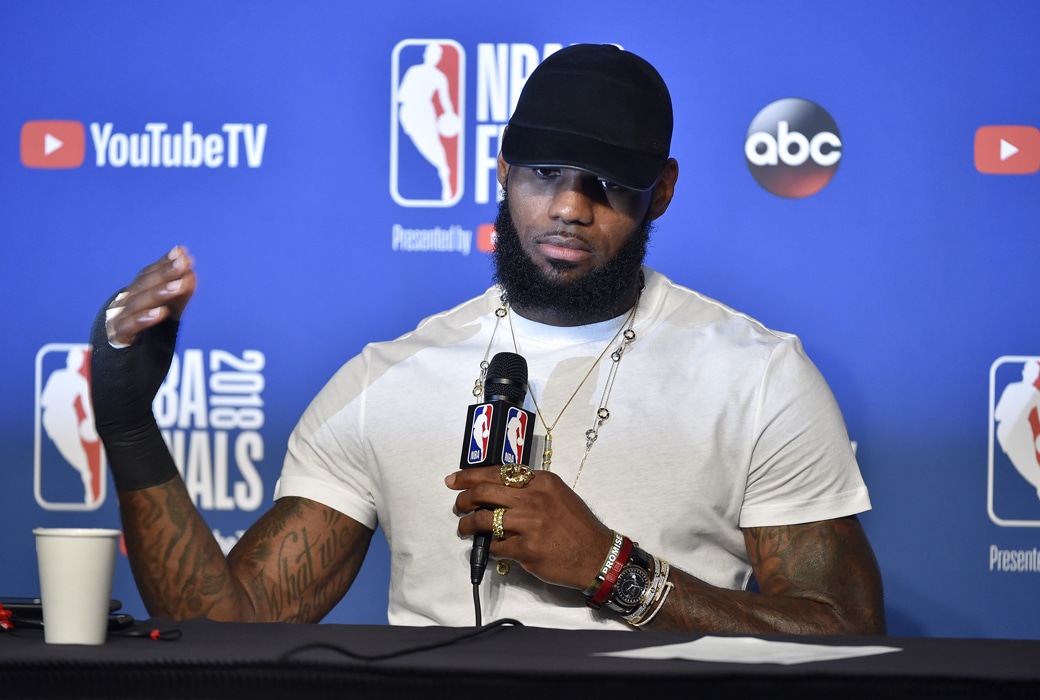 After the Cavs were swept by the Warriors on Friday, LeBron James revealed that he broke his shooting hand after Game 1 of the Finals.

According to several reports, LeBron suffered the injury while punching a blackboard in the locker room.

LeBron kept the injury quiet throughout the playoffs, but was reportedly wearing a soft cast when away from the media and not practicing.

.@KingJames: "I let the emotions get the best of me and pretty much played the last three games with a broken hand" (via @NBATV) pic.twitter.com/fyncZbB4wo

The injury was aparent as James checked out for the final time with about 4 minutes remaining in Game 4.

Bron noticeably gave players pounds with only his left hand as he exited the court.

It's been one helluva season for the King 🙌🏽 (via @DefPenHoops) pic.twitter.com/LSLjfdGRUj