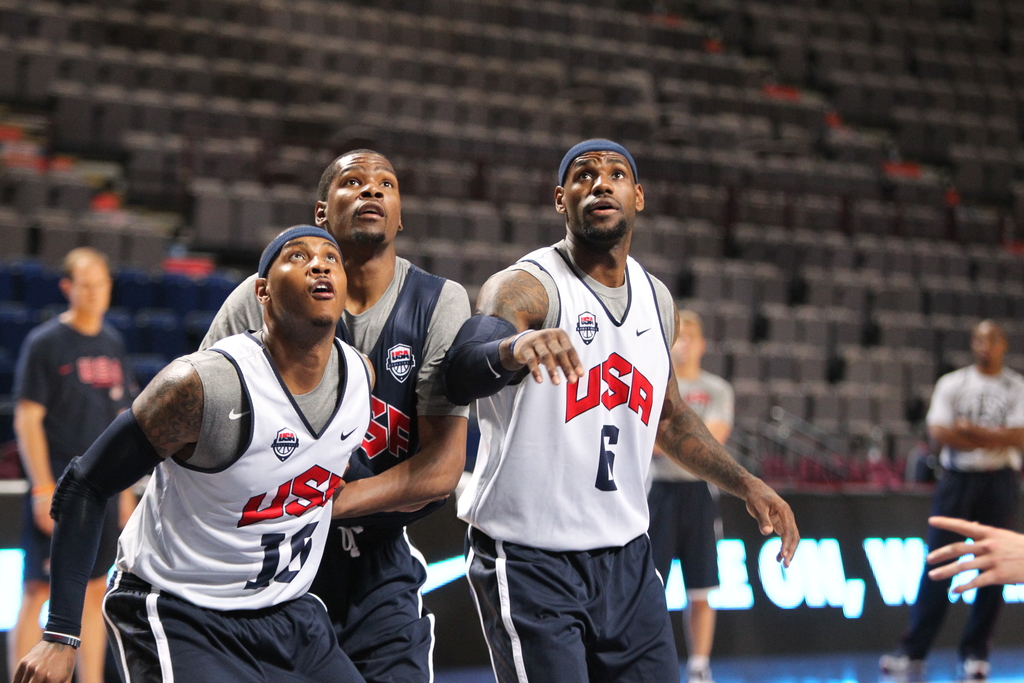 LeBron James, Kevin Durant, Carmelo Anthony and a bunch of other NBAers shared the same court Tuesday in some pickup games.

The runs took place at Life Time Athletic at Sky in NYC, where Melo often trains in the offsseason.

LeBron has also hinted that he’ll be hooping in L.A. prior to the start of training camp.

Cleveland Cavaliers superstar LeBron James took a private jet from Akron, Ohio, to New York on Tuesday morning to participate in high-profile pickup games that featured Carmelo Anthony of the New York Knicks and Kevin Durant of the Golden State Warriors, among others.

James played for approximately two hours, a source said. As soon as the game was over, he hopped on his jet and flew back to Ohio in order to attend his annual LeBron James Family Foundation function at Cedar Point amusement park.

“He just has a love for basketball,” a source close to James said, adding that the Cavs star plans to partake in some pickup games in Los Angeles in the near future.