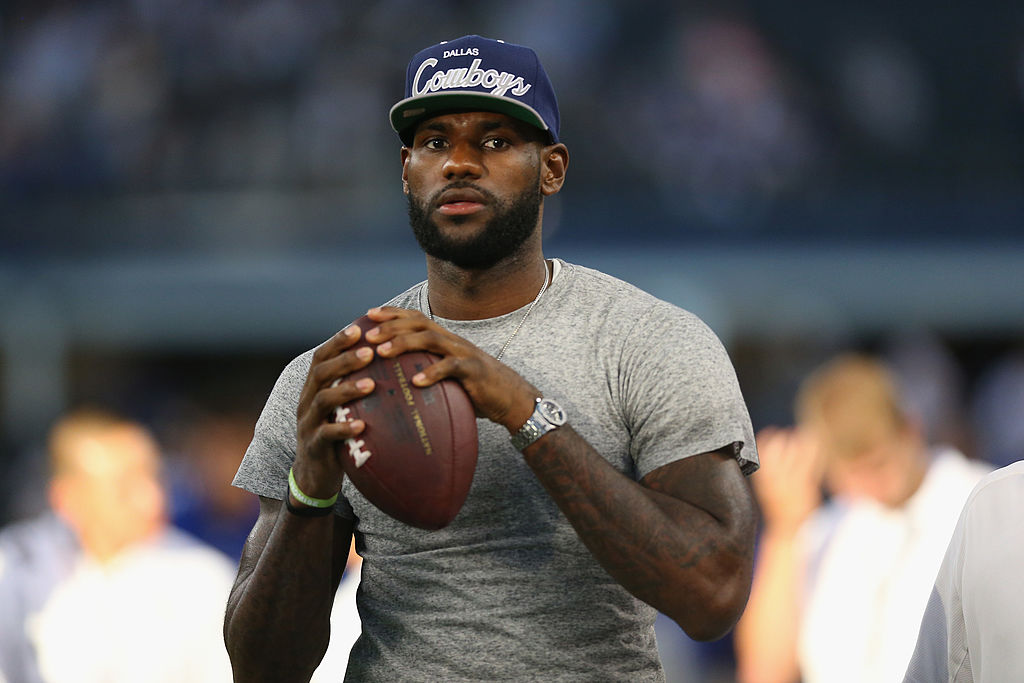 The 2011 NBA lockout resulted in an abbreviated 66-game campaign that didn’t begin until Dec. 25. The uncertainty leading up to then gave athletes plenty of time to mull other options beyond simply waiting for the return of the NBA.

For some, that led to dalliances with alternative professional hoops leagues, for James, it led to dreams of playing the sport he left behind in order to focus on basketball during his senior year at St. Vincent-St. Mary High School.

“I had no idea how long the lockout was going to be,” James said. “Myself and my trainer Mike Mancias, we really started to actually train to be a football player when it came to October and November.”

James interest in football wasn’t just a fleeting distraction either, he was a first-team all-state wide receiver during his sophomore year of high school and the NFL itself has wondered how he would stack up if he if he chose to pursue a football career.

“Early on, it was a mutual love it seemed to me between basketball and football,” Willie McGee, a quarterback that played with James in high school told Joon Lee of Bleacher Report in 2017. “Maybe around junior year, you knew basketball was going to be his ticket.”

James received scholarship interest from NCAA programs like Florida State, Ohio State, Notre Dame, Florida and USC but obviously stuck with basketball and was selected with the top pick in the 2003 NBA Draft shortly thereafter.

It’s hard to argue that the future Hall of Famer made the wrong decision given the 17 years that have unfolded since but we don’t blame him for wondering what if during the extended 2011 hiatus.

“Never having the ability to finish my high school career, of playing my senior year, I have dreams all the time about playing football,” James said on the Uninterrupted live stream.

We wonder what he’s thinking about now…