LeBron James Says ‘I Should be Defensive Player of the Year’ 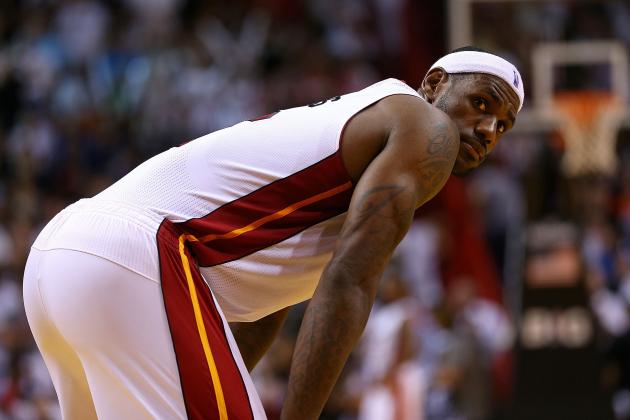 Last year, LeBron James admitted that he was upset about not winning the NBA’s Defensive Player of the Year Award.

The campaign to convince voters to give him the trophy this season is well under way. After leading the Miami Heat to an impressive 116-112 road win against the LA Clippers Wednesday night, LeBron told reporters that he deserves proper recognition as the best defensive player in the L.

Wednesday night was one of those times, with James guarding everyone from fleet point guard Darren Collison to imposing center DeAndre Jordan, along the way also taking turns on exponentially improving Clippers forward Blake Griffin.

“That’s why I should be Defensive Player of the Year,” he said with a smile, but also a touch of candor. “One-through-five. Started off on DeAndre, guarded Darren Collison that one possession, so, you know. No one has ever done this before.

“That’s why I’m sitting here with nine bags of ice.”

Everyone focused on the thrilling offensive duel between LeBron and Blake Griffin, but it was defense — and not just the spectacular stuff — that ensured a Heat win. And it was James who put the game out of reach for the Clippers by taking a charge from Jamal Crawford late in the fourth quarter.

A two-time champion, four time MVP, and widely regarded as the League’s best two-way player, a DPOY award is the only thing that has thus far eluded LeBron James.