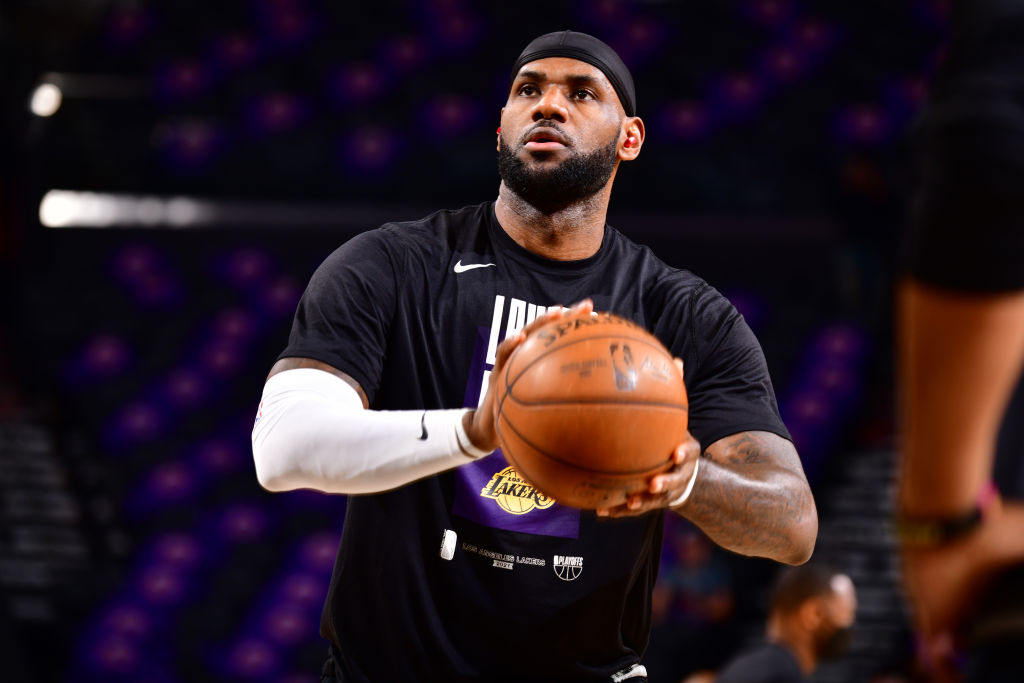 According to Shams Charania of The Athletic, LeBron James will switch his jersey number from No. 23 to No. 6 for the second time in his career.

Per Charania, James’ decision to change his jersey number next season is related to the release of “Space Jam: A New Legacy,” in which James donned the No. 6 jersey that he wore during his days with the Miami Heat and in international (FIBA) competition.

LeBron James has a chance to become the first player in NBA history with 4 retired jerseys.

The current record is 3 by Wilt Chamberlain and Pete Maravich. pic.twitter.com/j1E96sjTup

This is not the first time Bron has changed his jersey number; after rocking the No. 23 jersey for the first seven seasons of his career—his first stint with the Cleveland Cavaliers—before changing his jersey number to 6 upon joining the Heat.

King James originally chose to wear No. 23 to honor Michael Jordan and, in an interview in 2009, said that his rationale for changing to 6 was to preserve and honor Jordan’s legacy.

Asked why he wears No. 23, LeBron said, “For the great Michael Jordan that’s here in Charlotte.” pic.twitter.com/LNJevhg5FU

“I feel like no NBA player should wear 23. I’m starting a petition and I’ve got everyone in the NBA to sign it.” James said. “Now, if I’m not going to wear No. 23, then nobody else should be able to wear it.”

Obviously, James reversed course upon returning to Cleveland after his tenure with the Heat and, since the 2014-15 season, has donned his familiar No. 23 jersey.

However, in 2019, NBA insider Chris Haynes reported that LeBron was willing to give teammate Anthony Davis the No. 23 jersey (Davis wore No. 23 in college, and during his seven years with the New Orleans Pelicans). Due to potential production issues and a massive financial burden for Nike, the swap was put on hold.

Now, there are no obstacles stopping James from switching numbers; the Chosen One will be wearing No. 6 in the purple and gold next season.