LeBron moves on to face his future self 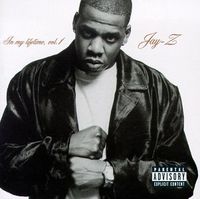 Last night there were some very intense playoff games that came down to the final moment. The old clutch Lakers Big Shot Bob and Derek Fisher each had a chance to make the key play for their team. Robert Horry hit a three to seal the deal and Derek Fisher was called for charging into Chuck Hayes. The Spurs won and now have a 3-1 lead, heading home to probably close it out on Wednesday night. T-Mac is one game away from finally getting into that elusive second round, though we have to wait for Thursday for that game.

I made a promise to myself not to write too much about Heroes. If you are not watching the show or you didn’t record it, that’s on you. Without going into any details, let me just say that last night’s episode was so mind blowing that my brains were leaking out of my ears and dribbling all over the coffee table. I tuned in to the Utah-Houston game after it was over, but it was hard to follow in a catatonic state.

Speaking of catatonic, that’s one way to describe what the Washington Wizards were in the playoffs. Here’s one definition of that word.

LeBron, who only needed to play his hardest for a few weeks after the ASG, was able to cruise through round 1. Last night he played 46 minutes, got to the free throw line 17 times, and put up a 31-11-7 to close out a series. He’s in the second round for the second year in a row. Oh, and the Cavs are there with him, as Big Z threw up a 20-19. They will be facing the Nets soon enough. LeBron vs. his mentor Jay-Z. Oooooh, now that’s almost Shakespearian.

In my opinion, his reverence for Jay-Z has been the hidden factor behind all of the things about LeBron that piss people off. For example, in his prime Jay had the talent to write gripping self-reflective narratives that connected with the listener on an emotional level and he could have been a voice that mattered on a deeper level. Instead, after Reasonable Doubt 90% of his songs had R&B choruses talking about how much money he’s got, cars, girls, guns, drug business, fashion sense, how he was broke and now he’s rich, and so on. Many of those songs are classics, but he had the potential to go much deeper than that.

Jay figured out that the best way to appeal to the masses was to dumb down his content to enough that the TRL crowd could sing along with it. Blueprint was a return to what he once was, and he still has a career as one of the greatest hit makers in rap history, but he could have been meaningful in a completely different way. LeBron appears to be the Jay-Z of basketball. Anointed as The King, but instead of going for it all, he does what he has to do and maximizes his earning potential along the way. Last year’s playoff run when he almost beat the Pistons by himself could be seen as LeBron’s Reasonable Doubt. This season as a follow-up has been his In My Lifetime Vol. 1. Some moments of brilliance such as “Where I’m From”, but for the most part, I mean I dare you to listen to “I Know What Girls Like.” We can only hope that LeBron is ready to leave it all on the floor as they say, and unleash a beastly 35-10-10 series (at least!) on the world and feel the urge to prove a one man team/wrecking ball can be better than Kidd + Vince + RJ. Either way, in success or failure, LeBron will always be a rich man.

I do not know why I took you on a tangent like that, especially considering the Nets have not advanced yet. It just hit me and I wanted to write it down before it flew out of my mind never to return. Lang stayed up late writing in detail about the games from last night. The big development is that every series is now at the do or die point for teams on the brink of elimination. Seeing how elite athletes respond to desperation is what makes the playoffs so great in any sport. Looking forward to it. Tonight it’s the Raptors and then… oh boy the Mavs need to get off to a good start for the sanity of their fans.