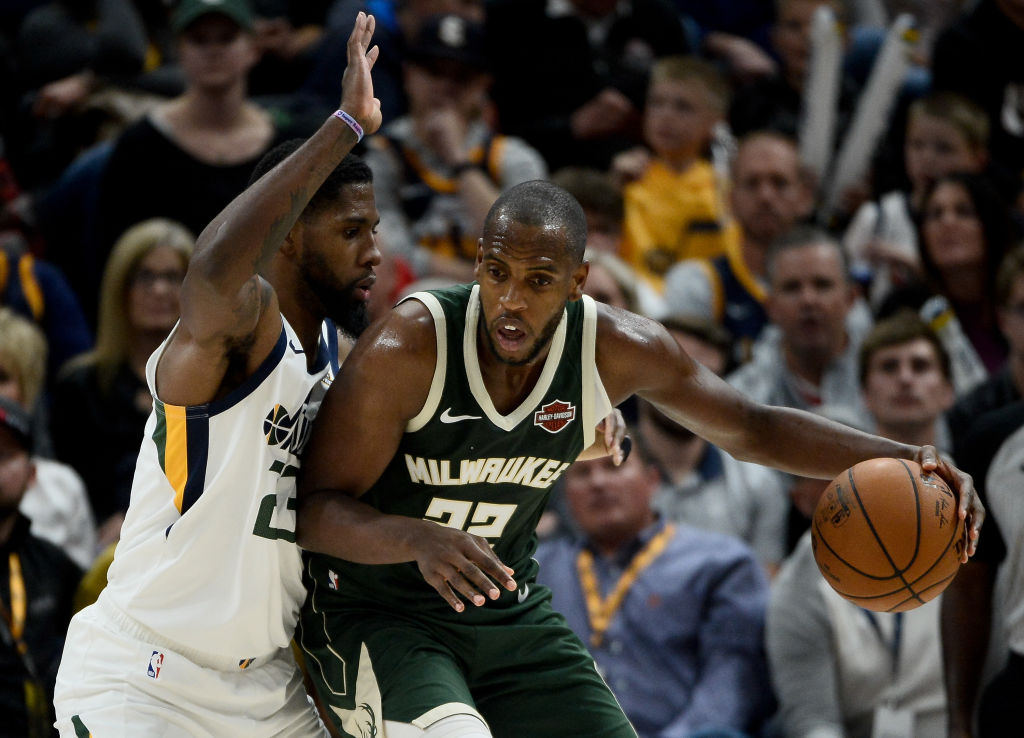 Update #1, 5:59 pm: Charania has added that Middleton’s absence is expected to be between three and four weeks.

The Milwaukee Bucks will be without All-Star swingman Khris Middleton for several weeks, Shams Charania of The Athletic reports. The 28-year-old small forward has suffered a leg injury.

While the Bucks are sure to be cautious with their second-leading scorer, the veteran is said to have avoided serious damage to his leg.

Through 10 games so far this season, Middleton has averaged 18.5 points and 5.7 rebounds per game. That includes his abbreviated appearance on Sunday when he left for the locker room after just 22 minutes of action.

When Middleton left the Sunday game prematurely, Matt Velasquez of the Milwaukee Journal-Sentinel reported that he had suffered a left thigh contusion.

The precise connection between Middleton’s latest diagnosis and that initial determination is not yet known.