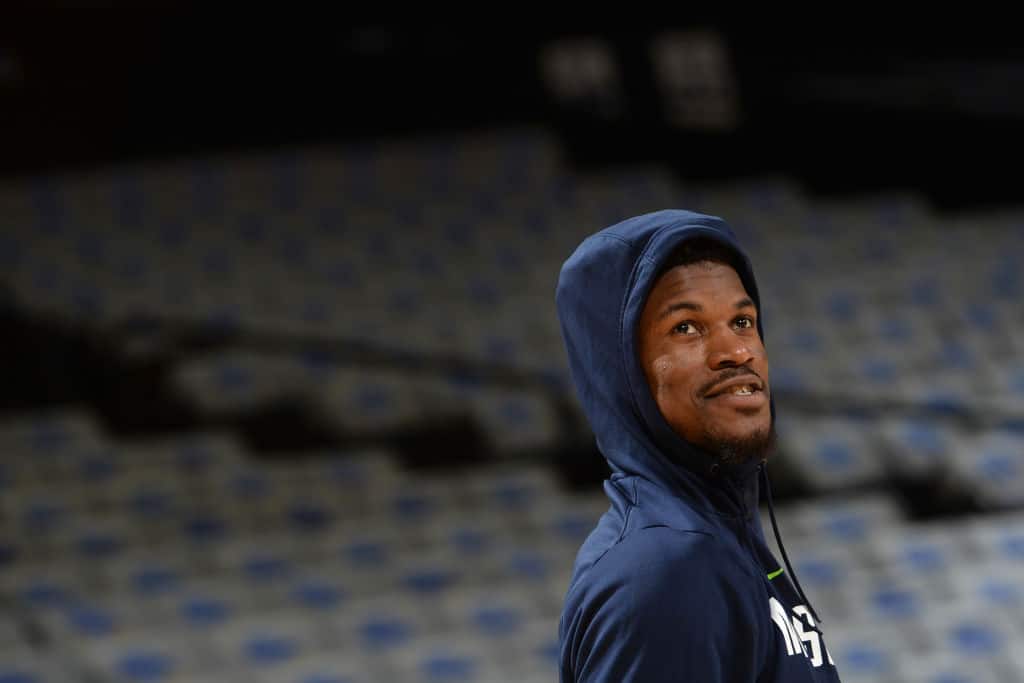 Taj Gibson spent a lot of time with Butler this summer, and was floored when the news landed.

Taj Gibson and Derrick Rose have been through a lot with Jimmy Butler over the years. They want to support him no matter what he decides but they’re even a little surprised how quickly the news of his trade demand came down. https://t.co/FfEFButNqj

Derrick Rose was also surprised that Butler’s relationship with the Timberwolves had deteriorated to the point of no return.

“At the end of the day, you’ve got to look at it from a player’s standpoint and a business standpoint,” Gibson told ESPN after Friday’s practice. “He’s trying to do what he got to do, but everybody’s calling him. It’s more of a [situation where] I’ve got to go see him kind of thing. But I worked out with him all summer, so when I said what I meant, it was like a right hook. I didn’t see it coming. I didn’t know. I thought — it looked like from everything things were going good. But sometimes it’s a money aspect, and fans and different players got to understand that. I understand that with being in the league for so many years, but got to try to just see what we can do.

“… One thing about everybody who’s here, from the coaching staff, players, everybody’s familiar with each other, we’ve been through a lot together, so we just got to keep trying.”

Gibson, who has a close relationship with Butler dating to their time with the Chicago Bulls, said he has tried to give Butler space to make his decisions over the past couple of weeks. Despite Timberwolves coach Tom Thibodeau’s best efforts to keep his team focused on the present, the Butler saga remains at the forefront of the minds of players and coaches.

“Now in the NBA, everybody has a little bit of freedom to do a little more of what they want,” Rose told ESPN. “And he’s expressing that he don’t want to be here and he want to go somewhere else. I mean, Kawhi [Leonard] did it last year, didn’t he? Like he just didn’t play. Jimmy just came out and said he didn’t want to play here. I had so much [stuff] going on, I couldn’t even focus on what was really going on with the team. I signed early, and I left everything up to Thibs. [Butler’s trade demand] was just a surprise, not only to me, I think to everyone that he wanted to leave. … I didn’t know what the situation is. I just didn’t know it was that bad. Even being here, I didn’t know it was that bad.”