Catching up with Lil B about the NBA season so far and the Based God's curse on Kevin Durant. 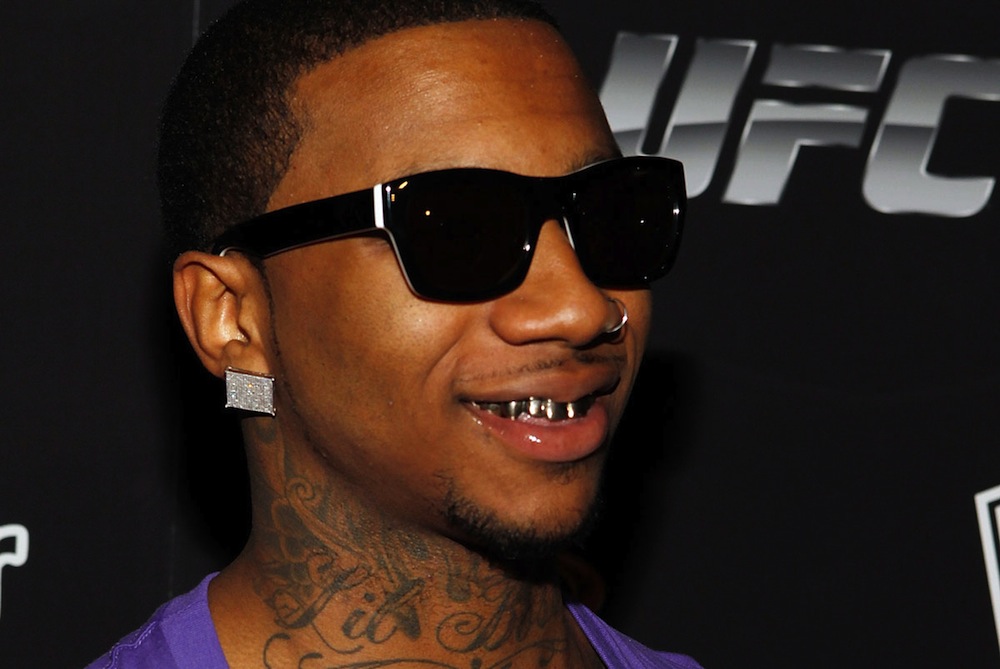 With a quick crossfire and shimmy, Kevin Durant can shake off a defender with ease. But there is one thing that KD’s always had difficulty shaking: The Based God’s curse.

The infamous curse that rapper Lil B’s alter ego, the Based God, has put on Durant is often brought up in jest, but becomes a topic of discussion whenever something ill happens to the MVP forward. When you meet Lil B, you have a hard time understanding how someone so positive could put a curse on someone as unassuming as Durant. But then again, the Based God works in mysterious ways.

With Lil B delivering an inspirational and thoughtful lecture at MIT last week (watch the full video here), SLAM caught up with the rapper the next morning for a drive through the streets of Boston—to get an update on the Based God’s curse on Durant, how he improved his own basketball game and all things #based.

SLAM: After your lecture at MIT, you opened it up to audience questions. Some of the first questions were about Kevin Durant and the Based God’s curse. Did that bother you in any way?

Lil B: Yeah man, it is just crazy how many people are interested in the Kevin Durant curse. People call it a quote-unquote “feud.” It is definitely an eye-opener as it has become a worldwide thing. We were just in Canada and people were going crazy about it. Kevin has a lot of fans and you know I got a lot of supporters so people are interested in our dynamic. A lot of people are waiting for us to play that game, you know? They want us to play. Kevin agreed to it and then pulled back last season. His people hit me up and told me to let him be because he needs to stay focused on the season. I am ready, though. I am ready right now. I’ve been practicing more on my game and I feel more comfortable with my skills defensively.

SLAM: How have you been practicing? Just by playing pickup or do you have a trainer?

Lil B: I’ve got my guy and my dudes that I work with. I got some people that did basketball stuff in college, like my dude—shout out to Trevon, his dad is a sports agent in the NBA and reps a couple stars, so I’m cool with him as well. I work with Trevon sometimes individually and also just getting a chance to watch him play and learn from watching. I also play a lot with my friends and learn from them. Like my friend Lamar, he played high level high school ball but is just very talented. He has such a fundamentally sound game and I’ve been learning some things from him, like how to use the backboard to make easy shots.

SLAM: Why did you originally put a curse on Kevin Durant?

Lil B: Like I said in my lecture last night, I as Lil B am totally cool with Durant. I’ve been forgave him. I love Durant and I love the NBA. The Based God is different, that is its own thing. As we can see with the injury and what is going on with the team…yo, shouts to Westbrook. I got no problem with Russell Westbrook. I’m a big fan of Westbook. You just got to be around that positive energy and Kevin Durant has to make sure he is around that positive energy. You know?

SLAM: Back in September, he said you guys were cool. Then he got injured and you sent out that tweet. So where is the curse at now?

Lil B: Oh, it is back. The curse is there, man. Like I said, I’ve been forgave Durant as Lil B but I can’t speak for the Based God. But you know we may get to the Based God soon. [Leans in to the recorder] Get that exclusive for SLAM.

SLAM: Over the summer, Triangle Offense spoke with Jeremy Lamb of the Thunder.

SLAM: Did you see the clip?

Lil B: [Laughs] Yes, I did. Salute to Jeremy Lamb.

SLAM: He said the Thunder rag on KD from time to time about the Based God’s curse.

Lil B: Yeah man, salute to Jeremy Lamb. Salute to the whole Thunder team. I definitely appreciate their staff and all of their coaches. Altogether that is just a great team. Oh man, Jeremy Lamb. It is funny. Like I said, the Based God is there and the Based God is real prevalent in locker rooms and throughout the NBA.

SLAM: Besides Durant, what have you been paying attention to at the start of this NBA season?

Lil B: I’ve keeping an eye on Russ Smith of the Pelicans. Salute to my brother Russ. I am a big supporter of him. I just know he has a lot of potential. I am excited to see him get some minutes and prove to others that he can be an established player in the League.

SLAM: Ty Lawson said in a Reddit AMA that he listens to you because he doesn’t want to get cursed.

Ty Lawson is the real MVP for this. http://t.co/BzPRzzMlMW

Lil B: Yeah man! Tell Ty Lawson that I’m a big fan of his work ethic. One of my best friends says I play like him. Love that he gave me a shout out.

SLAM: Have you been to any games yet this season?

Lil B: I went to a college game already, a Cal game. Got to support them. I’m planning on hitting up some NBA games soon. Got to support the Warriors. The Warriors world and community reaches out a lot to me so I got major respect for the Warriors. Yo, respect to Matt Bonner. Respect to the Spurs, they show a lot of love. The Memphis Grizzlies as well. Salute to the Grizzlies. I actually work out in the same gym as the Grizzlies owner, Robert Pera.

SLAM: So you planning on going to see those teams play and show your support?

SLAM: What are you thoughts on other rappers trying to play ball professionally, like Master P, who made it to the League for a minute?

Lil B: Salute to Master P for making it in the League and actually playing. Salute to The Game for being heavy in the Drew League. Baron Davis reached out a long time ago because he wanted me to play in the Drew. It didn’t work out but it will soon. I really want to play against The Game. I really want to play against Chris Brown. My improved defense is what will help me out in these games, as well as my ability to drive to the hole. I’ve also really focused on passing the ball more. I used to be real selfish and try to be this victory player but I realized from watching the NBA, that passing just does so much.

SLAM: Like how the Spurs ran things against the Heat.

Lil B: Yes, sir. That changed my game and opened my eyes. Just by passing, you yourself will eventually get open. Because of that, I am also really working on my shot. I got no problem driving but am trying to make my mid-range game a little more consistent.

SLAM: What about your defense? Why did you recently focus on defense?

Lil B: I just realized with that with defense, you can create offense. You know, just by making turnovers. I really stick with you when I am guarding you, I try and get in people’s heads. I’m a trash talker when I’m on the court. I’m definitely going to say a couple of things and just stick to you. I stay low to the ground and lately I really think that is what I have to offer to a team because my defense creates offense.

SLAM: When you’re playing, does the Based God ever come out?

Lil B: Not the Based God. That is a very rare, rare occurrence. To meet the Based God is very rare. When I do play, I’m really just going for respect. I’ve been practicing for big games in front of people.

SLAM: What do you mean? What is a big game in front of people?

Lil B: Like the Kevin Durant game, if that happens. I also got a couple of things I am thinking of starting up soon. Like creating a league around my way called Hoop Life TV. You know, the people that support me, really want to see me play. So these games can be watched online and people can bet on the games. Bet on the player individually. They can bet to see who they believe in and who will win.

SLAM: Since you brought up Durant again, do you ever feel like you just want the whole thing to go away?

Lil B: I was wanting it to go away but people really want it. Kevin wants it. I know Kevin wants to play that game.

Lil B: Maybe, but I just know that Kevin wants to play that game, man. But I got some stuff coming up man. I was talking to NBA 2K and NBA Live, trying to figure out some stuff with them. Tell Ronnie 2K to quit fronting on me. He got like 10 million, why he fronting on me?

SLAM: We’ll let him know. Who is your team when you play 2K?

SLAM: Interesting choice. You tried out for the Warriors’ D-League team a couple years ago. Now that you have improved your game, are you going to try out again?

Lil B: I tried out for the D-League when I was really fresh in the game. I still got a lot of support in that organization so I definitely want to try out again. I just love playing competitive ball, man. But like I said, I’m working on some things and I will let you guys know real soon when it all comes together.