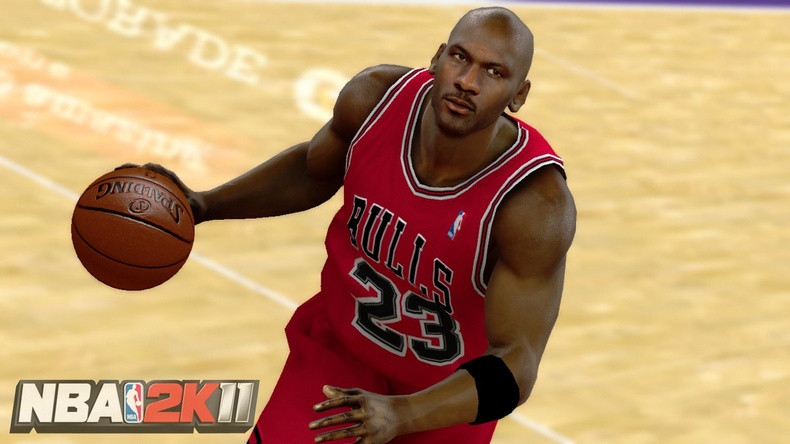 Because it’s now after 1:00 PM EST on Tuesday, August 17, I am now free to tell you about what I did last Thursday morning: I got to play NBA 2K11.

The game drops in North America on October 5th, so we’re still a ways off from it hitting the market. I enjoyed playing last year’s game, even though it had some flaws. Last week, I only got to play 2K11 for about an hour, so I didn’t have a chance to get very deep into the game or even check out the My Player mode at all. But from what I saw, 2K11 is going to be just as addictive, if not more addictive, than it was last year.

I started by playing the first half of a Heat/Lakers game, and I was given the Heat to use. The game felt a little smoother than 2K10, with less robotic movement from the players than in previous basketball games. To be fair, I really didn’t have much opportunity to check out the AI or playcalling, which are the parts of basketball video games that have always bothered me.

What I did for the remainder of my hour with the game was what really impressed me. By now you’ve probably heard that Michael Jordan is on the cover of 2K11. Well, there’s a game within the game called The Jordan Challenge. In this Challenge, there are ten sequences to play — The Flu Game, The Shrug, and plenty more — where you play as Michael Jordan and are tasked with replicating some of Money’s most famous performances.

I played the game called “The Arrival,” also known as MJ’s 63-point Playoff outburst as a rookie against the big bad Boston Celtics. To pass this game, you need to at least equal MJ’s 63 points, as well as shoot 50-percent from the floor.

The game wasn’t a perfect replica of MJ’s game in ’86 — for instance, in 2K11 it was set in the new TD Banknorth Garden, not the old Boston Garden — but it was pretty damn close. The players wore short shorts, and the rosters were perfect. So I played as MJ with teammates like Kyle Macy, Dave Corzine and Orlando Woolridge. (Sixth man? George Gervin!) Meanwhile, the Celtics had Bird, Parrish, McHale, DJ, Ainge, etc.

Just having those classic rosters would be enough to get me interested, but the added wrinkle of needing to score 63 made it even more entertaining. MJ in this game is like MJ was at the time — faster, quicker, more athletic than the rest of the guys on the court, and it was fun as heck to play with him. At one point I drove baseline and pump-faked a shot, and the Jordan on-screen executed a one-handed pump-fake while palming the ball, exactly like MJ used to do.

I only had time to play one half of this game and didn’t call any plays, and I scored only 18 points. Seems like I’ll have to put a lot more work into it once the game actually drops in October. (“Sorry, Wifey, I have some work to do!”)

The one question I get from you guys every year is which game to get, 2K11 or EA’s NBA Elite (formerly NBA Live). I haven’t had a chance to play the new Elite, and EA’s making so many changes to the game this year that I don’t think I’m going to have a chance to play it before it actually drops.

But what I do know is that the brief taste I had of The Jordan Challenge alone has me ready for more 2K11.