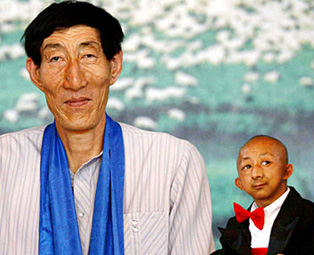 Well, I’m back in the SLAM Dome, though right now we are the middle of what SLAM managing editor Susan Price not-so-affectionately calls “KICKS hell.” That’s right, we’re in the stretch run of cobbling together the new iteration of our annual shoe bible. And I’m still a few days away from having the time to get back to writing The Links on the regular.

• I’m thisclose to going out and buying a PlayStation 3. I got an XBox 360 a few months ago and loved it for about eight weeks, at which point it promptly broke and gave me the red rings of death. So now I have to deal with sending that back and getting it repaired, which will not be fun to do. My old XBox also broke years ago, I think because there was dust in there.

In the meantime, the PlayStation 2 I bought when I moved to New York has been a warrior, working fine for almost seven years now. My PS2 is the Dikembe Mutombo of gaming consoles — nobody’s quite sure how old it is, it’s nearly outdated, but it still gets the job done. I’m still using it nearly every night, but I’m ready to move on to better graphics and the Blu-Ray.

My question for you guys is, Should I splurge on the PS3? Is it worth it? Or, if you work for Sony and would like to have endless free publicity on this site, just send me one of those bad boys. Regular readers here know that I am not too proud to beg. $500 is a lot of cash to shell out.

But depending on how your responses go (and how the stop at my bank on my way home goes), I could be splurging as soon as today. Let me know…

• This makes me laugh out loud.

Also, I love that the world’s smallest man is named He Ping Ping. It’s even funnier how he’s referred to as Mr. Ping Ping throughout the story. We have to name an NBA player that next season. Suggestions are welcome.

My man is killing that bow tie, too. Looks like it’s taped to his jacket.

• Another interesting story. Gee, wonder why the poor guy’s inner tube went flat while he was floating down the river? Maybe because HE WEIGHS 500 POUNDS!?

• Saw Clerks II the other day. Really graphic and really funny. Also, the scene where Rosario Dawson teaches Dante how to dance to “ABC” while wearing a tank top should live forever on Youtube.

(UPDATE: It does live on Youtube. Go find it yourselves.)

• They should’ve used this to rescue the 500 pound man.

Alright, gotta get back to work. Later…