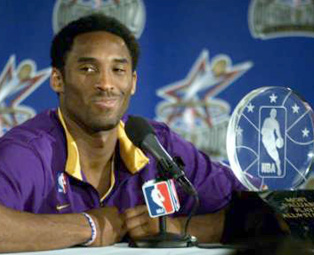 First he zigged, then he zagged, now he’s zigging again. And I’m not talking about Dr. Jerry Buss.

Kobe came out today and told Stephen A. Smith that he wants to be traded…

“I would like to be traded, yeah. Tough as it is to come to that conclusion there’s no other alternative, you know?”

This is in direct conflict with what 24 wrote yesterday, when he said…

“I have NOT asked to be traded, I don’t want to be traded and I have given no ultimatums or demands of being traded.

I love it here in LA, my family loves it here.

I’ve been a Laker fan my whole life. A REAL Laker fan! I’m talkin Silk Wilks days, and know the history of the Lakers going back to George Mikan era. I WANT to retire a Laker and contend for titles.”

Or not. (And say this for Kobe: He’s great at stealing the spotlight from the rest of the NBA when his team’s out of it.)

OK, so now it’s out there. Mutoni wonders if this is the end of the Kobe era in LA.

Let’s assume it is. So who gets him?

And is there any chance my Hawks can get him from the Lake Show? Maybe Josh Smith, the 3 and the 11 pick?