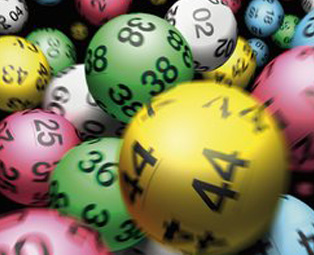 Tonight is the NBA Draft Lottery. Got this email moments ago from my friend Todd…

This could be the biggest night in Atlanta Hawks history. It’s a real make-or-break point, IMO. I imagine that our poor luck will continue and we’ll be stuck with only the #11 pick, or even worse, Indiana will hit top 3.

Todd’s right: The Hawks could end tonight as the owners of two lottery picks or no lottery picks. We could have Greg Oden starting at center next season or Zaza Pachulia.

I’ll be completely honest with you: I’m really nervous about this. I’m not sure that I can eat lunch today. I was just told that the Harris softball team was in need of my services tonight, but there’s no way I’m missing tonight’s NBA Draft Lottery. It’s not often that your favorite team’s luck can change in an instant, but that’s where the Hawks stand tonight.

We haven’t been to the Playoffs in eight consecutive years, which is the longest current streak of sucking in the NBA, now that the Warriors have turned the corner. The best player the Hawks have had in the last five years was Rasheed Wallace, and he played one game before we traded him to Detroit.

Some of that eight years of hell is thanks to the terrific work of Pete Babcock, who decided to accidentally blow up the team by trading for JR Rider and then waiving him and getting nothing in return.

After Babcock, Billy Knight entered as GM and has spent the last four years making curious Draft selections, passing on players such as Luol Deng, Andre Iguodala, Al Jefferson, Anderson Varejao, Deron Williams, Chris Paul, Andrew Bynum, David Lee, Monta Ellis, Brandon Roy, Randy Foye, Marcus Williams and Paul Millsap. Pretty much any one of those guys would be a starter on the Hawks right now. But hey, at least we got Marvin Williams!

Billy Knight has adopted an interesting approach to being the GM of the Hawks. As he told Sekou/Seiko Smith in today’s AJC…

“It’s always insightful when you look back and say what could have been or what you should have done or what you would have done in that situation. Everybody does that and every team can look back and say they’re looking at things differently now. I just choose not to do that. This is what it is, this is who we have, right, wrong or indifferent. Whoever wants to judge it and evaluate it, go right ahead and judge it and evaluate it.

“But these are the players we have and this is the team we have. This is what we’re going to go with going forward. We’ll keep trying the best we can every draft and every free-agent period. Every trade, we’ll keep working on getting the most out of it, whatever the situation may be. But you can’t think about what if. This is the way it is. You can’t go back and redo it. This isn’t the “Deja Vu” movie with Denzel Washington. You can’t go back and do it over. And you can’t worry about that.”

Now, generally, I agree with Billy about this philosophy. This is the way I live my life, at least. Things happen, good or bad, but you can’t dwell on them, either way. You have to move forward, you have to continue looking ahead. Have I made mistakes in my life? Sure, and those errors can be instructive. I wish I hadn’t made them, but I have made mistakes. And I’ll continue to make mistakes, regardless of how hard I try to be a perfect person. But you can’t sit around and wallow in the past. (Unless you’re a Hawks fan, of course.)

Where previous NBA Drafts are concerned, however, you absolutely can go back and worry about it, particularly if you’re Billy Knight’s boss and your task is to evaluate the job Billy’s done putting the Hawks together. Because honestly, he hasn’t done a very good job. Getting Joe Johnson was great, but giving up 800 first round picks to get him when Phoenix didn’t want him anyway was a terrible idea. So was drafting Shelden Williams last season, and so was passing on Deron Williams and Chris Paul. Two years ago the Hawks starting center (Jason Collier) died during training camp and the Hawks never signed anyone to replace him. He gives Hawks coach Mike Woodson D-League call-ups as reserves instead of quality vets. And so on and so on.

Yet the Hawks ownership seems completely invested in Knight. I don’t know if Knight has pictures of someone’s wife doing something awful or what, but there’s never any talk of dissatisfaction with Knight.

I’m pretty sure Billy Knight knows he’s screwed up previously. Surely he sits there in his office and watches highlight tapes of Deron Williams and Chris Paul, then looks over at Hawks point guard Royal Ivey and thinks, “Oh, crap.” He can’t really think that the Speedy Claxton era has been succesful, can he?

But Billy refuses to publicly admit that he has screwed up in the past, even once, and that’s really hurt not only Billy but the entire Hawks franchise, particularly in terms of fan support. See, fans don’t expect perfection, but they do expect honesty, and Billy comes off as disingenuous time and again when he refuses to cop to having made mistakes in the past.

So Billy, it’s OK to tell us you want to focus on the future and tell us that you’re going forward with your job. That’s actually what we all want to hear from you. But it wouldn’t hurt anyone involved for you to step up and admit that you’ve made a few mistakes. We all make mistakes. It takes balls to admit you’ve made mistakes. And in a weird twist, if you make enough mistakes you get more balls, at least where the Draft Lottery is concerned.

I don’t think we’re dealing with a man filled with hubris, but I do think that in Billy Knight, we’ve found ourselves a guy who is more concerned with reality than perception.

The problem is, perception is reality. And one of these days Billy Knight is going to figure that out.

Hopefully it’s not after the entire city of Atlanta has given up on him and the Hawks.