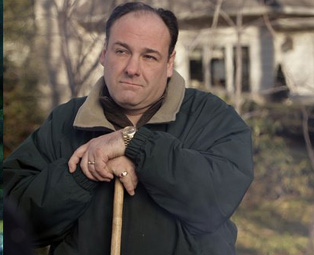 It’s 6:00 a.m. and I’m sitting in the airport in Austin, Texas. Ben and I left San Antonio at 4:10 a.m. and made the hour drive in the darkness, listening to the XM radio in our rental car and trying to see if the stars at night really do shine big (not particularly) and bright (nope) deep in the heart of Texas.

Why are we in Austin instead of San Antonio? There are no direct flights from San Antonio to any of the three airports in the New York City area. And there’s nothing worse than having to make a connection somewhere in Kansas or Chicago or wherever when all you really want to be is at home.

Actually, I don’t really want to be at home today. I’d much rather have gone from San Antonio directly to Cleveland, where I could check in to my hotel, do some work and catch up on some sleep. But today is Wifey’s birthday, and try as I might — and please believe me, I really tried — there was no getting around missing it. So I’m flying into NYC for about 14 hours and then flying back out to Cleveland early tomorrow morning. Ah, the things we do for love…or at least for marriage and a joint bank account.

When Game Two ended last night, Ben and I went down toward the locker rooms but skipped out on the Cavs room, which must have been moribund. We ended up rapping with a couple of people who are each well-known by one name and then swinging by the Spurs locker room, where Sisqo Elson was speaking to a huge posse of cameras. When he finished with the larger group, several local San Antonio sports anchors began jockeying for one-on-one time. With Francisco Elson. We also saw Eva Longoria in the hallway again. No way she weighs more than 80 pounds. This doesn’t particularly bother me but Ben seemed to take extreme personal offense at her fitness. Terence Howard was with her too, wearing a Tony Parker jersey. Ben remembered Terence Howard hails from Cleveland, and there were a couple of dudes in Cavs shirts giving him a hard time about something, which he was trying to laugh off. I wanted to give him a hard time about being the guy who had no rhythm in “Mr. Holland’s Opus.”

Also, as we were leaving, we ended up behind Mike Brown as he walked to the interview room to face the media. We were walking one way and Terrell Owens came around a corner, alone, and shook Brown’s hand.

After the game we went back downtown, where once again Spurs fans were running the takeover on the city streets. Those people are nothing if not dedicated to celebrating NBA Finals wins. A few people even had the brooms out.

We decided to walk over to the media hospitality joint so I could grab my 8,126th Shiner Bock of the last few days. A few minutes after we arrived, David Aldridge came in and informed us that a showing of The Sopranos finale was going to take place at 12:30 a.m. We grabbed chairs and settled in, and right at 12:30 someone pressed play. It was amusing to see a room full of well-known journalists all sitting on top of each other and on the floor, completely silent for an hour. It was also amusing when Jason Whitlock got tired of people hitting the buffet spread behind him and decided to move the table out of the way. I ended up helping a security guy from the hotel slide the table over to the corner, and as I ran back to my seat the security guy knocked over a huge plate of cheese and meats. The plate shattered on the floor and food went everywhere. I think Ben is still laughing about this. Also, a shoutout to Dan Wetzel for reserving my seat for me.

SPOILER ALERT
While we were watching the show, about halfway through it the quality of the tape got pretty bad, so the audio was all screwy. Then, when the show ended suddenly, everyone immediately figured it was the tape messing up. Then the credits started rolling. Everyone kind of stood up and looked around. I asked Aldridge if Mike Brown had written that final scene. Then we all left. As Ben and I walked back to the hotel we discussed it and couldn’t really figure it out. Did he die? Didn’t he? I don’t know, and I don’t think it matters, really. Yes, it might matter if you’re the kind of person who needs linear story-telling with absolute endings, but if you can just appreciate it as an entertaining hour of your life, then you should have loved it.

I also like this theory I saw posted over at Deadspin: “So here is what I found out. The guy at the bar is also credited as Nikki Leotardo. The same actor played him in the first part of season 6 during a brief sit down concerning the future of Vito. That wasn’t that long ago. Apparently, he is the nephew of Phil. Phil’s brother Nikki Senior was killed in 1976 in a car accident. Absolutely Genius!!! David Chase is truly rewarding the true fans who pay attention to detail. So the point would have been that life continues and we may never know the end of the Sopranos. But if you pay attention to the history, you will find that all the answers lie in the characters in the restaurant. The trucker was the brother of the guy who was robbed by Christopher in Season 2. Remember the DVD players? The trucker had to identify the body. The boy scouts were in the train store and the black guys at the end were the ones who tried to kill Tony and only clipped him in the ear (was that season 2 or 3?).”
SPOILER OVER

Anyway, two games are dunzo and the Spurs have presented a completely convincing argument that they are a better basketball team than the Cleveland Cavaliers. Everyone in San Antonio seemed to think Cleveland’s only chance to beat the Spurs would be to try and out-run the Spurs. Which may be more effective than trying to play them in a halfcourt game, but that’s not the way the Cavs played this season, and I’ve got my own conspiracy theory about this.

The Cavs have made little secret of the fact that they’re trying to build something bigger for the long-term. When I went to Cleveland for that LeBron cover story a few months ago, they said a few times that they were aiming for a title next season. And now they’re there a year early. The things Mike Brown stressed all year was their defense and their halfcourt offense. Right now they’re being exposed as not very good at either of those things, at least not as good as the Spurs at either thing. And maybe Mike Brown and Danny Ferry are looking at this trip to the Finals as a little bonus — they made it, they weren’t expecting to be good enough to make it, but they made it, so instead of scrapping what they want this team to be about, the Cavs decided to stick to their game and keep playing their way. If that means losing four straight, that means losing four straight. But to the Cavs, nothing is more important than sticking to their system. Perhaps not even a championship.

Now, I’m not saying I’m correct about this theory, but I’ve had a lot of time to sit around and think about nothing the last few days, and it’s the only logical reason I can come up with to explain what the Cavs are doing — the stubborn refusal to push tempo, the odd substitutions and matchups. And unless they start Tony Soprano at the three for Game Three, this is going to be a short Finals.

Also, let’s open these comments up to Sopranos talk. If you haven’t seen it, don’t read the comments. Enough of everyone tip-toeing around what they thought. Have at it.