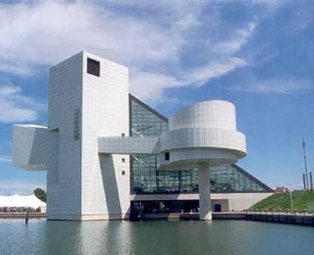 I feel like a kid on Christmas Eve. It is about 6 hours before tipoff for Game Four, and about 9 hours from now I will know if I get to go home tomorrow or if Sam And Lang’s Excellent Cleveland Adventure will be extended through the weekend. I like Cleveland, and the weather has been particularly amazing, but I also miss my life back in NYC.

I’ve been thinking all morning about the Cavs and their chances to win tonight. And I think they can win tonight, although it’s not very likely. To win the Cavs need a Curtis Jackson from Bron and a lot of scoring from at least one other player. My Dad often tries to predict a point total that a team will need to reach in order to win a game. I think tonight the point threshold for a Cleveland win is going to be 100 points. They haven’t scored 100 yet in the Finals, though they had 100 once in each of the previous series (including the double OT game against Detroit). They’ve got to figure out a way to score some points. Good luck with that.

The best thing about Cleveland this week, by far, has been the weather. It’s still sunny, breezy, about 78 degrees, just beautiful out. Sam and I decided to take advantage of the amazing weather by going indoors for a few hours to the Rock and Roll Hall of Fame. I’d visited the Hall about seven years ago when I came to Cleveland to interview Shawn Kemp, but I didn’t really remember much about the Hall. That was probably because of all the drugs they make you take before you can go in.

The Hall is set up like a huge pyramid. The bottom floor is kind of a general area where stuff from many eras is set up all over the place. Thre’s some really cool stuff there, like hand-written song lyrics from Jimi Hendrix scratched out on hotel stationary and old guitars and clothes from pretty much every great band. I was excited to see the car from ZZ Top’s “Legs” video, and disappointed that they had a whole installation on the Warped tour — pretty sure that’s the only way The Offspring are making the Hall Of Fame. They had a lot of Michael Jackson’s old outfits, which were surprisingly large — he must be at least six feet tall. The most surprising thing I learned was that Martin Scorsese directed Michael Jackson’s “Bad” video. Who knew?

We then made our way upstairs, where each floor had one or two exhibitions on specific people, like Les Paul and Women in Rock. The top two floors were devoted to exhibits on The Clash and The Doors. There was also a radio studio that can be used by various hosts, and when we walked by and looked in, for some reason Dan Patrick was sitting in there doing his show. I don’t know a lot about Rock and Roll, but I’m pretty sure Dan Patrick is not Rock and Roll.

Speaking of Rock and Roll, in the new issue of SLAM I asked Greg Oden what his favorite class was in college, and Greg said, “My History of Rock and Roll class. It wasn’t like Math 101 or nothing like that, but I enjoyed it. It was something that I got interested in and I paid attention to. I did not know anything about rock and roll. And to be honest with you, it taught me a lot how blues really started all music. I’m not going to say I listen to any rock groups now, but…”

Anyway, I’m heading out for Game Four now. We’ll have notes posted as soon as it ends.

Oh, and I mentioned the real NBA Finals MVP column idea yesterday, and my homey Jemele Hill knocked it out of the park today. And SLAM got a shout-out, too. Also, check out Greg Oden’s latest blog entry on Bill Russell…good stuff. Later…