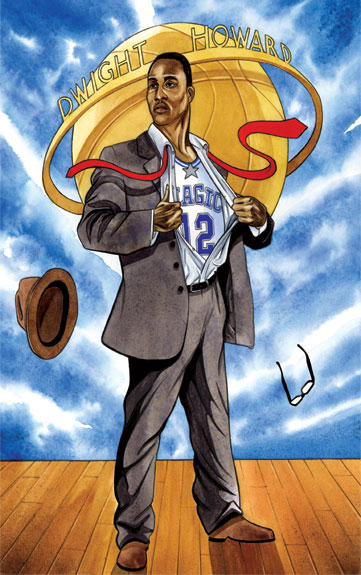 Fri-Day! Yes! And I can’t tell you how much I’m looking forward to sleeping late tomorrow. Too many late nights, early mornings and airplanes of late have conspired to make the interior of my head feel like there’s too many parts and not enough space, which is fun. Meanwhile, I’m 5-for-5 on teams that have advanced to the next round. And I’m still sticking with Boston, Cleveland and Utah to advance, also, which would make me 8-for-8. To borrow a line from Tracy Jordan on 30 Rock, “My genius has come alive, like toys when you turn your back.”

Let’s get to The Links, shall we?

• They don’t have a coach right now in Dallas, but according to my main man Mike Fisher down in Dallas, the short list is Jeff Van Gundy, Rick Carlisle and Mike D’Antoni. The first two seem good options if you want a coach who’s proven he can get a team to tune him out in two years or less. And D’Antoni seems perfect if you want Dallas to play even less defense than they did before.

• How about the NBA suspending Darius Songaila for, according to the press release I received from the NBA, “striking Cleveland Cavaliers forward LeBron James in the face with his hand.” OK, but by those standards, didn’t Ilgauskas strike Songaila in the face with his hand on that fast break late in the game? And didn’t KG strike Zaza Pachulia in the throat? Did Zaza strike Kevin Garnett in the head with his head? The NBA can be really confusing sometimes.

• Last week, when I was scrounging around for head shots of NBA players for this post, I stumbled over this page on the Miami Heat website, featuring various members of their 2003-04 team, which was pretty startling. If they hadn’t moved the world to get Shaq, who aged his way off the team, and instead they let these guys mature and added players through the Draft, they could right now have a lineup with at least Rafer Alston, Dwyane Wade, Caron Butler, Lamar Odom and Udonis Haslem. And in the East, that might be a Conference winner. Is winning that one title worth it? Should Boston fans be paying attention right now?

• Linkstigator Dean may have found a woman for Mr. Ping Ping. Talk about an intriguing lede: “She’s about the size of a cat.” Meow!

• Alright, let’s get to NBA Friday, our weekly visit from the official illustrator of The Links, Joel Kimmel. This week’s team is the Orlando Magic, and this week’s player is Dwight Howard.

“I knew I wanted to go with the Superman direction so that gave me a lot of ideas,” says Joel. “I came up with a couple that I didn’t end up doing but hopefully I’ll get a chance to do sometime in the future. I went with the classic Superman pose, with Dwight tearing off his suit, hat and glasses and revealing his Orlando Magic uniform. The top of the Daily Planet is in the background, modified to include Dwight’s name and the grooves of a basketball.”

Good stuff, Joel. Next week’s team is the Phoenix Suns. Leave your suggestions for Joel below. See you guys late tonight after the games…