Links: On The Road Again… 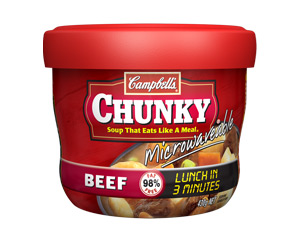 When I say I’m going “on the road,” I mean it in the sense that I’m traveling for a work story. So I’m probably hopping a train to DC or flying to some exotic NBA city like Indianapolis or Salt Lake City. (I take that back — I’m never going back to Salt Lake City unless the Finals or All-Star is there. I’ve been once before and it’s a beautiful town, but the late time I was there was for a Karl Malone feature in SLAM a long time ago and I got food poisoning from some bad McNuggets. I spent maybe the sickest 24 hours of my life in a hotel room in Salt Lake City. I shudder just thinking about it. So I really don’t want to go back there unless I have to.)

Anyway, in the morning I’m hopping the longest flight I’ve ever taken for SLAM, about 12 hours in the air. So I won’t be checking in again until Tuesday, although I’ll have a lot to write about, I think.

A few things before I escape from New York…

• A couple of months ago I made a brief mention of the KFC Famous Bowls, the dish that features mashed potatoes, fried chicken, corn, cheese and gravy all mixed together. Then, this summer, I saw Patton Oswald on Conan O’Brien talking about these things, and apparently he does a whole bit about them.

What’s next? This weekend I saw an ad for the newest version of Chunky Soup, now ominously called Chunky “Fully Loaded.” The website says it’s “packed, crammed and jammed with an extreme amount of meat.” I’m scared just thinking about this. They don’t make it easy to find, but the nutritional stats are staggering.

• Peter Vecsey is sort of vague about this, but apparently Isiah put him in a headlock a few years ago. As The Viper writes, “I took it like a bitch, er, man, and didn’t sue.”

• This is pretty awesome. Love that first picture of the guy flying out of the window.

• Drew Gooden says when he retires from basketball he wants to become a side-armed(!) relief pitcher in the majors. Also he goes rollin’ with Linkstigator Jemele Hill. By the way, all you readers who suggested we get Drew to do a blog this season? The outlook is good.

• We need to get an NBA player to buy this thing and live in it. Considering the size and status of the thing, $2.5 million seems like a great deal, and that’s pocket change to a lot of NBA guys. Maybe we can talk Gilbert Arenas into buying it and submerging it in the Potomac and living in there. We’d definitely put him on the cover of SLAM if that happens.

• Interesting story about Rick Adelman’s offense. One of the assistant coaches describes it as a cross between the triangle, the Princeton offense and “some other stuff.” Oh, and the Hawks are apparently going to try and run a lot this season. This would be more exciting to me if we didn’t have all the same players and coaches as we did last season.

• If you thought things were bad with your NFL team, you haven’t been paying attention to Atlanta. Strange when your team leader is your tight end.

• Our man Lukasz Obrzut appears to be battling for the final spot on the Pacers roster. Go Lukasz!

• And finally, I was out to dinner with some friends a few weeks ago and somehow we started talking about the following video. One of my favorite Saturday Night Live skits ever…