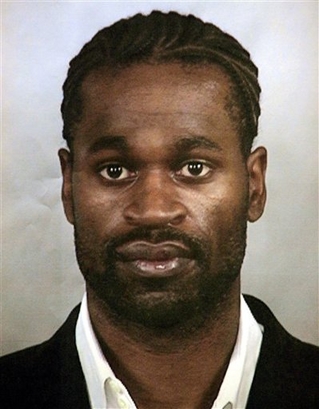 I’m sure Ben Collins will have more on this game later, but I jotted down a few quick and random notes during tonight’s Dallas/Golden State game two.

• Imagine being the person at the ad agency who had to sell that weird Sprite commercial idea to LeBron. “OK, so you’ll be wearing a tuxedo and holding a paintball gun, and then this guy in a huge tongue costume will come in. No, no, it’ll be totally cool. We’ll make you look great!”

• During the first half, the Warriors players all looked so happy and committed to each other. And you know why? It’s not because they’re all happy with their contracts, probably not because they’re all great friends off the floor, not because they love and embrace their respective roles. These guys looked giddy because of all the bad shots they are currently being encouraged to take. They’ve spent their careers being told to move the ball and find the open guy, and now it’s shoot it if you got it. It’s almost like they stumbled into a free all-you-can-eat buffet.

• Did you notice that on the basket Dallas was shooting on in the second half, the foam padding was dangling sort of loose on one side? Just like all the baskets at high schools across America. At my high school we had to crudely reattached with athletic tape. If Mark Cuban wants another billion he should invent a glue for basket padding that will never fail.

• Dick Stockton said, “Don Nelson doesn’t seem to be pleased with the turnovers the Warriors are committing.” You think?

• When that rumble broke out in the third quarter, TNT gave us the greatest shot of the postseason thus far: The cameras weren’t focused on the Mavs and Warriors pushing and shoving, but instead on Stephen Jackson, who had just been called for a foul. This is understandable, because after any call against him, Stephen Jackson always seems liable to bite the referee in the face. Anyway, the players started beefing, and when Jackson saw what was unfolding, his eyes shot wide open and he took off on a sprint to get himself involved. Seconds later, all the Warriors were having to hold him back, and he didn’t even really know what the beef was all abot. It was dramatic, like a scene from a movie. If any five second clip deserves to live forever on YouTube, that’s it. Please, someone put this online and send us a link.

• Dallas built a nice lead, but they were really forcing a lot of bad passes throughout the game. I don’t know if that’s a sign that they’re still pressing a little, or if it signifies that they’re just bad at passing the ball.

• I wrote on my Sidekick:
“Once they called all those Ts on the warriors they started going crazy on the officials.”
And they really were. It was like they knew the refs were going to give them some leeway before getting tossed.

• Weirdest play of the game was at the end of the third quarter when Jason Richardson had the ball up top, isolated against Josh Howard. He dribbled and dribbled and then made his move: He crossed over himself. I’m not sure exactly what happened — it was like as J-Rich crossed the ball over, his feet just stopped working. He crashed to the floor and turned it over.

• As Baron Davis stood clapping derisively at the refs, I think everyone in the gym saw that the refs didn’t want to toss him. Reggie Miller said that “the officials, in lieu of Joey Crawford, have been under a lot of pressure.” I think Reggie doesn’t know what “lieu” means. Also, and maybe I’m just getting old or something, but I can barely understand Reggie Miller when he’s talking during the games. TNT should force him to speak in a much lower register, which would not only make him easier to hear but also almost certainly sound hilarious.

• I’m really disappointed with Baron Davis. He’s such a bright guy and a nice guy, but he totally lost it tonight. How do you let yourself get thrown out from the biggest game of your season when you’re only down 9 points with a quarter left to play? Would Steve Nash or Kobe let that happen to them, regardless of how upset they are?

• My favorite bit of Jason Terry trivia — and I’m not sure how often this has been discussed in Dallas, but I’m bringing it anyway — is that Slick Watts was Jason Terry’s elementary school gym teacher. Cool, huh?

• Very weird game from Dirk, who finished with a deadly quiet 23 and 7. He was second in scoring for Dallas, but at no point did he seem like a lethal threat out on the floor.

• During the fourth, Stephen Jackson kept mouthing off from the bench and then from the floor, and I didn’t think his ejection or his reaction to being ejected was much of a surprise. I just kept waiting for him to scream Thug Life and empty the clip.

• If I was the owner of an NBA team, I’d fill the row of seats behind me with Playmates wearing bikinis. Think you’d get a little TV time and free PR for your team?

• And even though Reggie and Dick Stockton suggested otherwise, I don’t think Stephen Jackson will get suspended, because as Charles Barkley said, “You can’t suspend a guy for being a nitwit.”