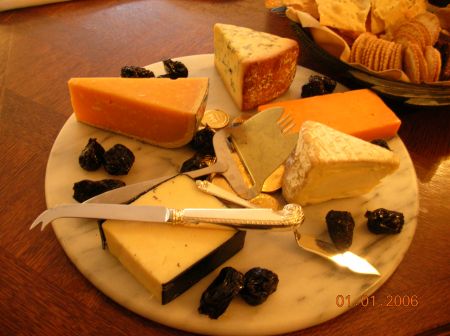 Fri-Day! Yes! And we’re about two days away from having the next issue of SLAM done and gone to the printer. We’ve got two covers: Baron Davis and Kirk Hinrich. Hopefully their teams continue doing well in the postseason.

• I’m going to say this once and then never mention it again:

Stop with the whining. This goes for all you writers, readers, commenters, everyone.

Here we are in the middle of the NBA Playoffs, and, as always, there is controversy. Which teams are getting the benefit of the calls? How dare the NBA actually enforce their rules and suspend the players who broke them!! And I especially don’t understand the complaints about flopping and comparisons to soccer. Is there too much flopping in soccer? Sure, but it hasn’t exactly ruined soccer for the rest of the world. Trying to get a call to go in your favor is a part of basketball.

And all these ESPN people whining…let it go. The suspensions happened, the game was played. I understand the need to vent, but there’s a difference in venting and then moving on versus bitching ad nauseum. I read one column about how the NBA should “do what’s right” and not have suspended those guys. But that would be doing the wrong thing, since they broke the rules, right? Doing “what’s right” would mean adjusting the rules after the season, no?

I know the NBA is not perfect, and you guys have read plenty from me disagreeing with the NBA about a lot of topics, but there comes a time when enough is enough. Regardless of how I feel about the suspensions that Amare and Diaw served — for what it’s worth, I’m in complete agreement with Mark Cuban on all of this that the suspension rule is a good one — I’m letting it go. And so should you.

Glad I got that off my chest. Wait, did I just whine about whining? Crap.

“I’ve been actively on the phone with Jeff,” Morey said. “Constantly. Things are in a tentative spot. We have no conclusions. Things can go in different ways. We’re in discussions. There are no conclusions.”

“We have a clear understanding of what we — Jeff and I — want,” Morey said. “Some of my active calls have been to clarify things.”

“Nothing is settled,” Morey said. “We’re hoping to move this along toward a settlement with all parties. The sooner we come to a resolution, the better for the Rockets, obviously, but we’re not going to rush.

Well, the process apparently included firing Van Gundy. Maybe they can find another coach who’ll play even slower and refuse to pass it to Yao.

• The more I watch the Utah Jazz play, the more I think they’re going to be a really great team…in about a year. They have so many talented young guys who look like they’re still learning how to play with each other. The main thing they need is a starting two guard who can defend and hit jumpers—Fisher’s too small, Giricek is too inconsistent and looks too much like Mikhail Baryshnikov. I don’t know how they get him, but it seems like Ray Allen would be a perfect fit with the Jazz. Only problem is that there’s not a WNBA team in Utah, so he couldn’t keep going to the games with his daughter.

• Quote of the Day is from Andrei Kirilenko, who notes here, “We’re always hungry. I never won a championship. I want to win. It’s tough to do. Nobody said it’s going to be cheese on a plate.”

Got that right, Drei.

• A close runner-up comes from Kevin McHale who denies ever having smoked pot with John Cougar Mellencamp and Larry Bird. Sayeth McHale…

“First of all, other than smoking a cigar or a cigarette or something, I’ve never smoked marijuana with Larry Bird or John Mellencamp. Someone called and said I heard you’re smoking marijuana with Mellencamp. That’s as ludicrous as I’ve ever heard anything. Mellencamp smokes cigarettes. Bird will have the occasional cigarette. I don’t even remember. We might have had a cigar sitting around.”

Not to split hairs here, but you notice McHale doesn’t deny ever having smoked marijuana…just that he’s never done it with Bird or Mellencamp.

And as long as we’re on the topic, I’d like to state for the record that I have never smoked marijuana with Larry Bird, John Mellencamp or Kevin McHale for that matter.

• Peter Vecsey comes strong today, reporting that not only will the Raptors keep Links favorite Sam Mitchell around for a few more years, but that Rick Adelman is going to land in Houston and Stan Van Gundy will hedgehog his way to Indiana. Plus he makes an obligatory Danny Fortson joke at the end.

• I’m not too proud to beg, and the more I think about the NBA Draft Lottery, which is coming up on Tuesday night, the more I hope and pray that David Stern fixes it so the Hawks end up getting one of the top two picks. I’m assuming the worst, that somehow the Hawks will end up not getting any picks in the lottery. But we need this. Badly. And if we somehow magically end up getting the first overall pick, I already know who I want to take. But more on that next week.

• And finally, the Nanny Stopper is in the news again.

Have a great weekend everyone…catch you all next week…