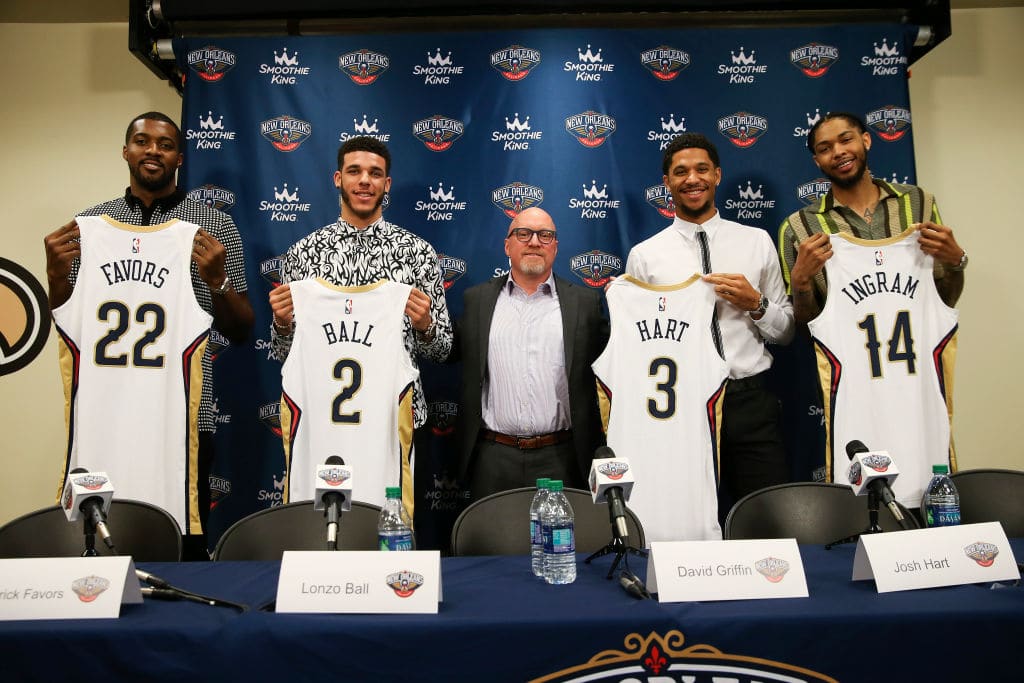 Lonzo Ball and Brandon Ingram have participated in voluntary workouts without any restrictions related to the injuries that prematurely ended their 2018-19 campaigns, Andrew Lopez of ESPN reports.

Ball’s season was cut short in March when a re-examination of a nagging ankle injury showed that he wasn’t recovering as quickly as they the Los Angeles Lakers initially hoped.

Ingram’s 2018-19 season was shut down in March as well after it was discovered that he suffered from a clotting issue called deep venous thrombosis. We wrote about the forward’s struggles two months ago and about how he had been making progress after surgery to rectify the problem.

A healthy Ball and Ingram will only add to the excitement in New Orleans as the Pelicans prepare for training camp. The two lottery picks headlined the package that the Pels received in exchange for Anthony Davis.

If Ball and Ingram can start the 2019-20 season with a clean bill of health and stay on the court, New Orleans could be an intriguingly competitive team in the Western Conference.

Ingram and Ball have five NBA seasons between them but only one campaign with 60-plus games played.