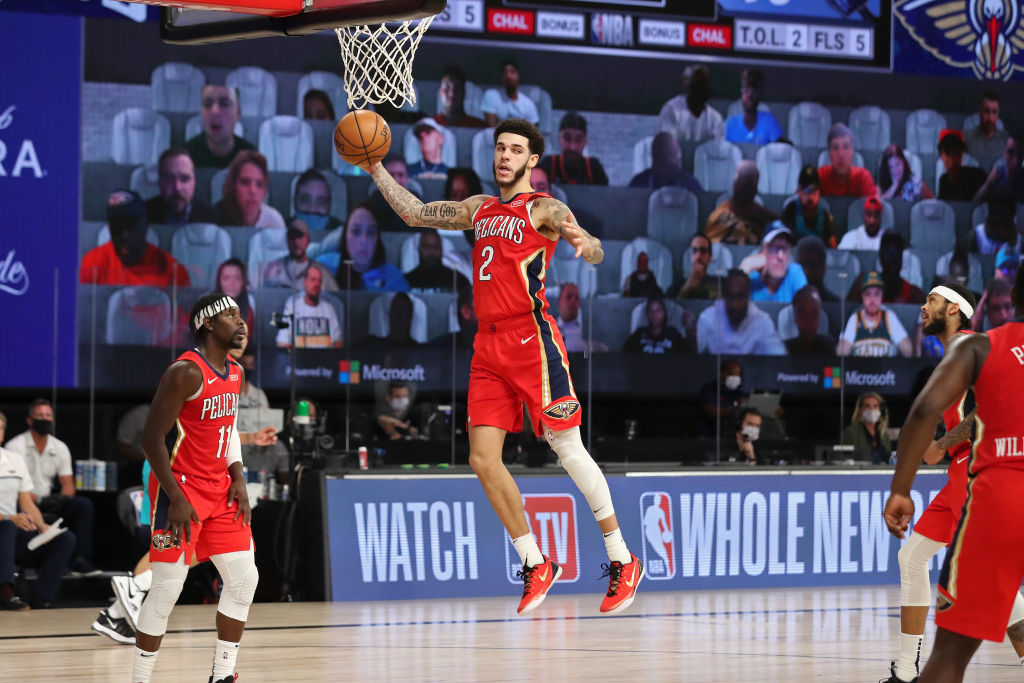 The former No. 2 overall pick in the 2017 NBA Draft has officially signed with K Sports Group, according to Malika Andrews of ESPN. Prior to this, Lonzo Ball spent time with representation from Creative Artists Agency and Roc Nation.

Ball says he is focused on getting the New Orleans Pelicans to the playoffs next season and has a goal of becoming the next NBA Most Improved Player after seeing his teammate Brandon Ingram accomplish this in the 2019-20 season.

“For myself, I think Most Improved Player is definitely something I can get next year.”

Last season with the Pelicans, Ball had a solid season averaging 11.8 points, 7.0 assists and 6.1 rebounds per game. What was most impressive was his ability to shoot the ball from deep at an efficient .375 on 6.3 attempts per contest. This was by far a career-high in three-point shooting and a step in the right direction towards becoming one of the more improved players in the league.

Being a starter his entire career, Ball will need to continue to have seasons trending towards becoming an NBA All-Star. Although he signed a four-year deal worth just over $33 million a few years ago, his next contract should be his largest yet. Rich Paul and Klutch Sports will be instrumental in making that happen as long as Ball continues to progress as a player.

“I wanted to lead my career. Picking my own representation — just solely as my decision — was step one in that process. For me, it was an easy call, and it was the right time to make that call.”

Klutch Sports has worked it’s way up to become one of the most prolific agencies in the entire NBA, representing players like LeBron James, Anthony Davis, Draymond Green, Ben Simmons, John Wall many others around the league.