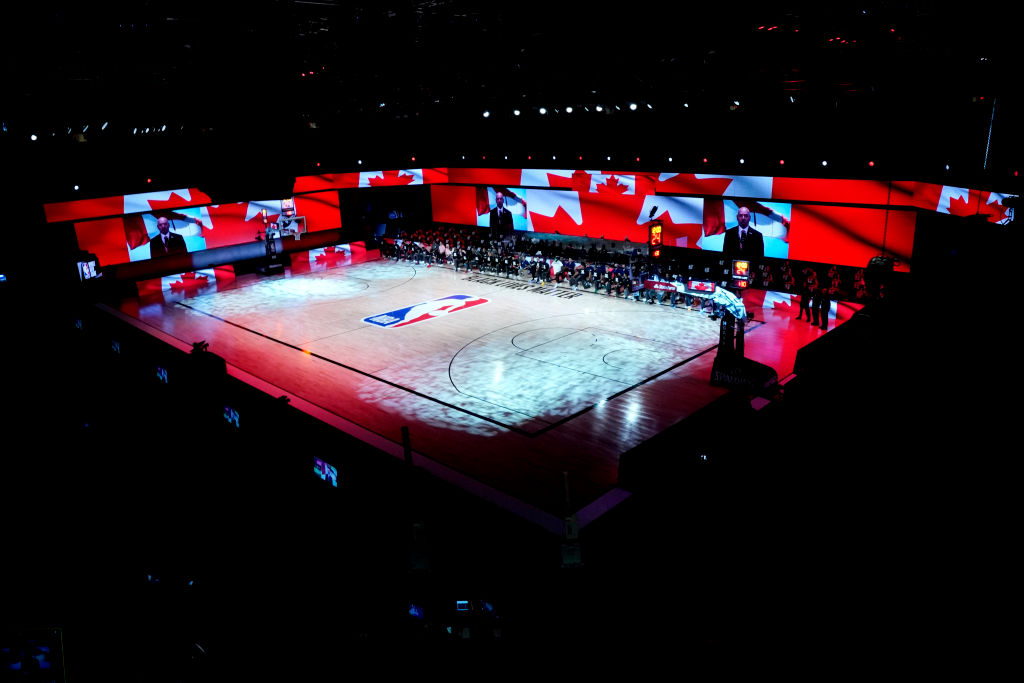 In an ever-growing list of hurdles to clear for the 2020-21 season, a new dilemma has presented itself for the NBA. Due to concerns stemming from the COVID-19 pandemic, Canada has banned United States citizens from traveling into their country (with a few exceptions).

As it concerns the league, and specifically the Toronto Raptors, there’s a need to determine where the Raptors will play home games if members of the organization and fans will have difficulties getting in and out of Canada.

Per Yahoo Sports’ Vincent Goodwill, one arena being considered as a temporary substitute for the Scotiabank Arena in Toronto is the NBA-ready KFC Yum! Center in Louisville, Kentucky. The KFC Yum! Center is currently home to the Louisville Cardinals’ men’s and women’s basketball teams, along with the women’s volleyball team.

Asked by Tim Sullivan of the Louisville Courier Journal, Yum! Center general manager Eric Granger says that he’s “had no conversations with anyone” regarding the Raptors’ use of the arena. However, Granger says that it “would be fun. I would love to talk with them.”

In any case, Louisville does provide the NBA with a feasible option for the temporary relocation of the Raptors, if such an approach is needed. It could even have a wide-ranging impact, like the city becoming a favorite location for a potential expansion team.