Luke Walton: ‘I Fully Expect to Be Coaching This Team Again Next Year’ 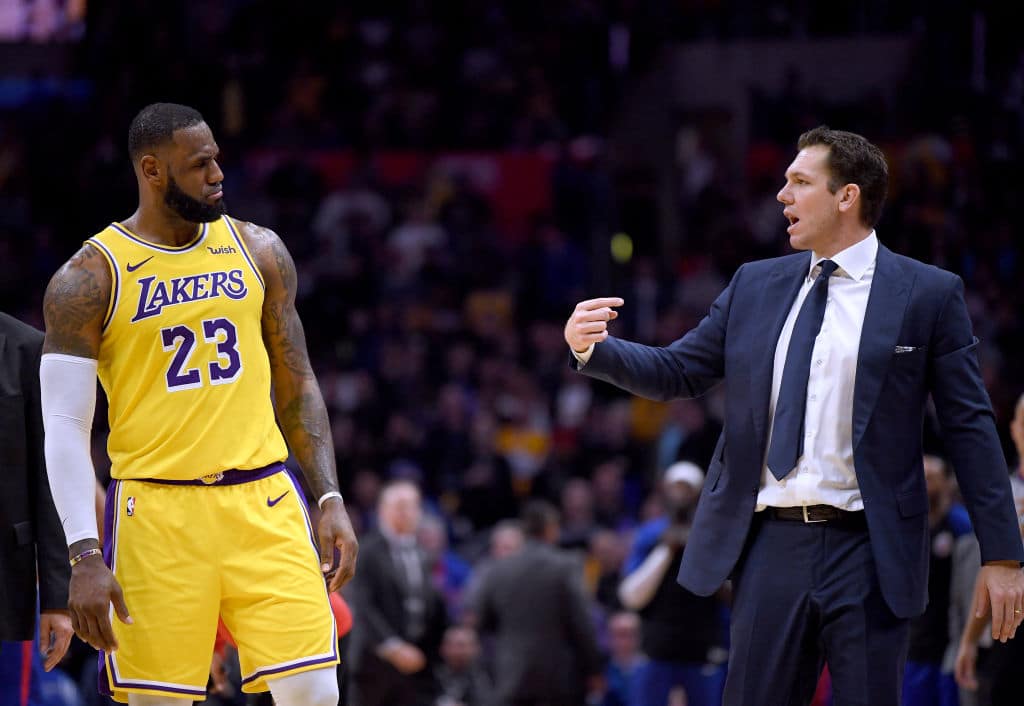 Team presidentMagic Johnson hasn’t made his displeasure with Walton secret, and LeBron James‘ camp has also reportedly pushed for a coaching change in Los Angeles.

“I fully expect to be coaching this team again next year,” he told The Athletic on Tuesday night.

The intensity and specificity of the reports around a potential successor have invited speculation that the Lakers have informally started their search while Walton is still on the job — something Walton said he has not concerned himself with.

“I just view it as outside noise unless someone from within tells me that that happened,” Walton told The Athletic. “Unless someone from within our group is telling me that, I just view it like all the other things we’ve gone through as a team this year. Those are things that I don’t have the time to worry about. I’ve got more important things to do like getting the team better and doing my job.”

[Tyronn] Lue recently called Walton to assure him that the Lakers had not contacted him about a potential head coach opening, a source close to the situation said. The source said Lue told Walton that if he was contacted by someone in the organization he would let the Lakers coach know out of “courtesy and friendship.”

“There’s different rumors and everything else,” Walton said. “Unless some kind of information comes from someone within our organization, I don’t pay attention to it and I don’t concern myself with the rumors.”

Related Jason Kidd on Lakers Rumors: ‘You Can’t Turn That Down’