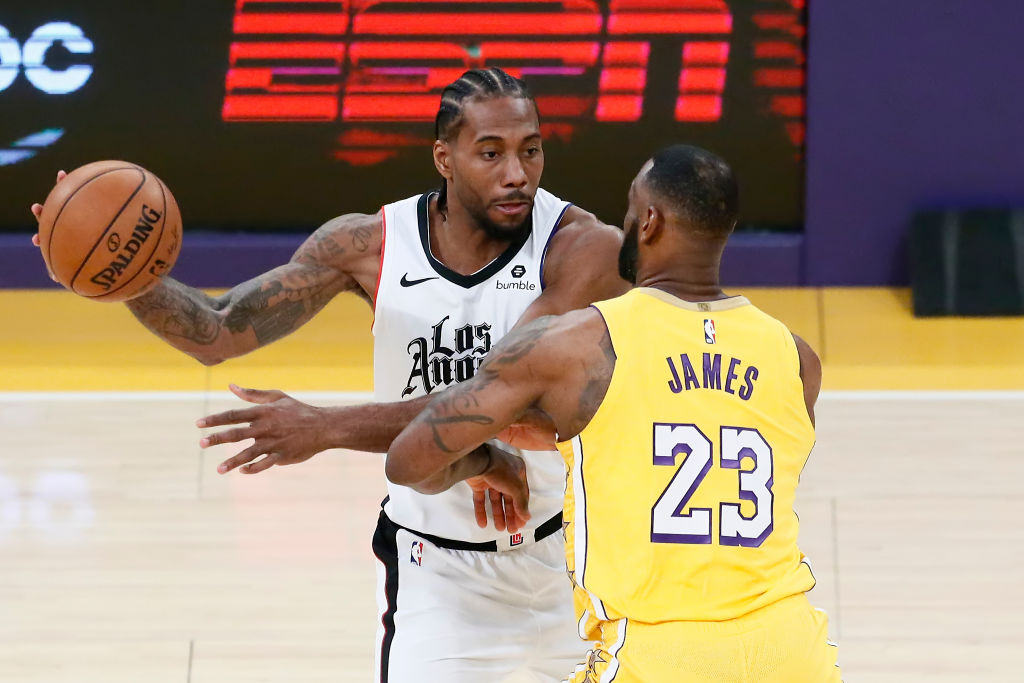 The Clippers are a deeper squad than the Lakers, according to Magic Johnson.

The Battle of L.A. will be determined by the superstars on both sides, says Johnson.

“If you look at man-for-man, (the Clippers are) probably better than (the Lakers) in terms of the bench,” Johnson said in Chicago at McDonald’s Black and Positivity Golden “Beyond the Court” panel.”

Still, Johnson contended the Lakers “are playing the best out of anybody.”

A season after James missed 27 games, mostly due to a groin injury, Johnson argued he is “having an MVP-type season” – partly by emulating the former Lakers guard with more increased point guard duties. That became possible because of Davis, whom the Lakers acquired last summer from New Orleans for Brandon Ingram, Lonzo Ball, Josh Hart and three first-round picks.

“We have similar ways in terms of coming down and making our teammates together. We’ve won championships the same way,” said Johnson, who won five rings with the Showtime Lakers of the 1980s. “Our games are much alike, especially now that the ball is in his hands most of the time now as a real, true point guard. I’m just happy for him.”

Related Magic Johnson: ‘This Team Would Not Be in the Position It’s in Without Me’