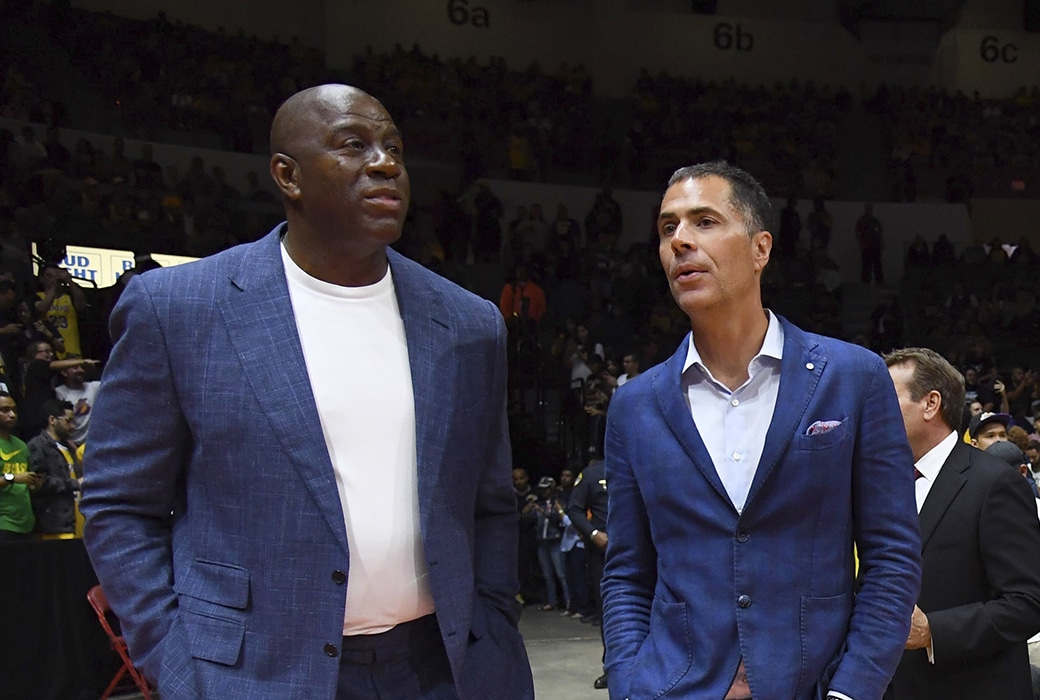 Magic Johnson says that GM Rob Pelinka‘s whispering behind his back and a lack of decision-making power led him to resign as Lakers president.

While appearing on ESPN’s First Take on Monday, Magic said he no longer could work alongside Pelinka after feeling “betrayed.”

“I started hearing, ‘Magic, you not working hard enough,’ ‘Magic’s not in the office.’ People around the Laker office was telling me Rob [Pelinka] was saying things, and I didn’t like those things being said behind my back—that I wasn’t in the office enough and so on.

According to Johnson, “the straw that broke the camel’s back” was when the Lakers overrode his decision to fire Luke Walton during the season.

Johnson said that he thought the Lakers had “too many people at the table”—including Lakers VP of Business Operations Tim Harris—and he no longer had the final say.

“Truly, it’s saddening and disheartening to think he believes things are a misperception. I think all of us in life probably have been through things where maybe there’s third-party whispers or he-said-she-said things that aren’t true.” […]

“These things are surprising to hear and disheartening. But I look forward to the opportunity to talk with him and sit down with him and work through them just like in any relationship because they’re just simply not true.”