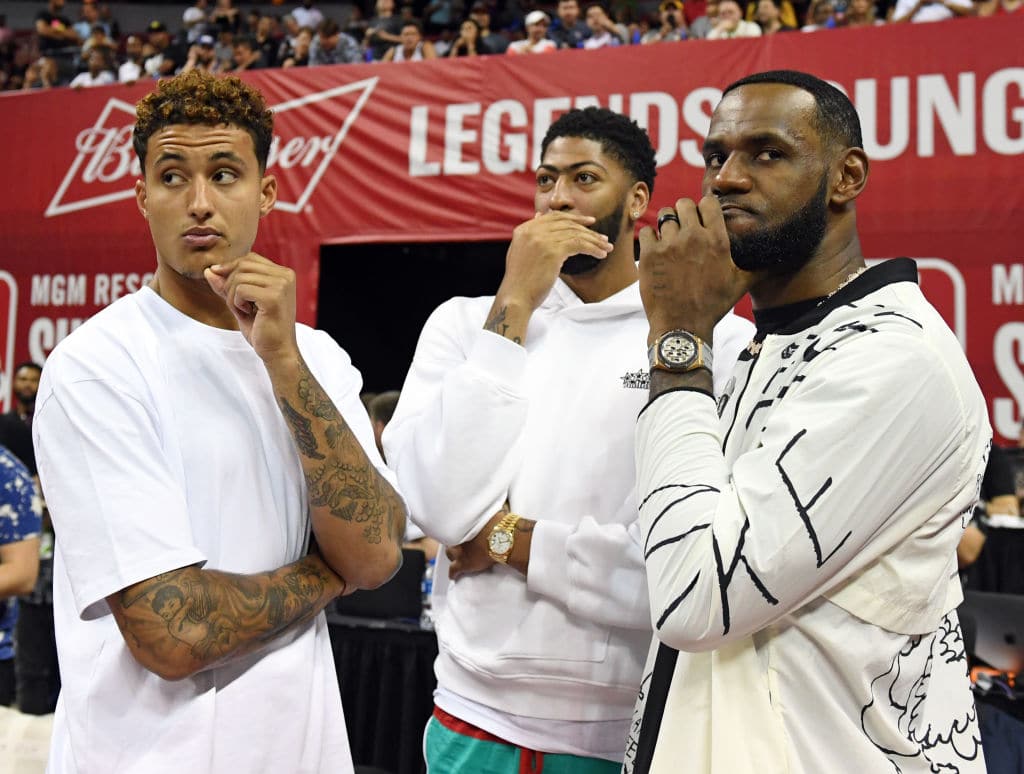 Magic Johnson, speaking for Lakers Nation, says Kawhi Leonard electing to join the LA Clippers (along with Paul George) was a great disappointment.

Ever the optimist, however, Johnson says Los Angeles is now the “king of basketball.”

The legendary Hall of Famer is confident the Purple and Gold, thanks to LeBron James and new teammate Anthony Davis, “ain’t going anywhere.”

When Leonard and his camp called Johnson before the All-Star forward met with Lakers owner Jeanie Buss and general manager Rob Pelinka last week, Johnson had high hopes Leonard would pick the Lakers.

“Everybody tried. That’s all you can do,” Johnson said. “I’m a Laker, man. I was hoping all day. But for the league, it turned out great. And for this town, it’s the king of basketball. You got LeBron and AD with the Lakers and Paul George and Kawhi with the Clippers.

“You got to say to Jerry West, Doc Rivers and [Steve] Ballmer, congratulations,” he said. “For the Lakers, there’s disappointment but joy too, because we pivoted and got some great players in free agency and we still have LeBron and AD. In a perfect world, you’d love to have Kawhi. But, hey, the Lakers ain’t going anywhere.”

Related Kawhi Leonard Spoke to Magic Johnson About the Lakers