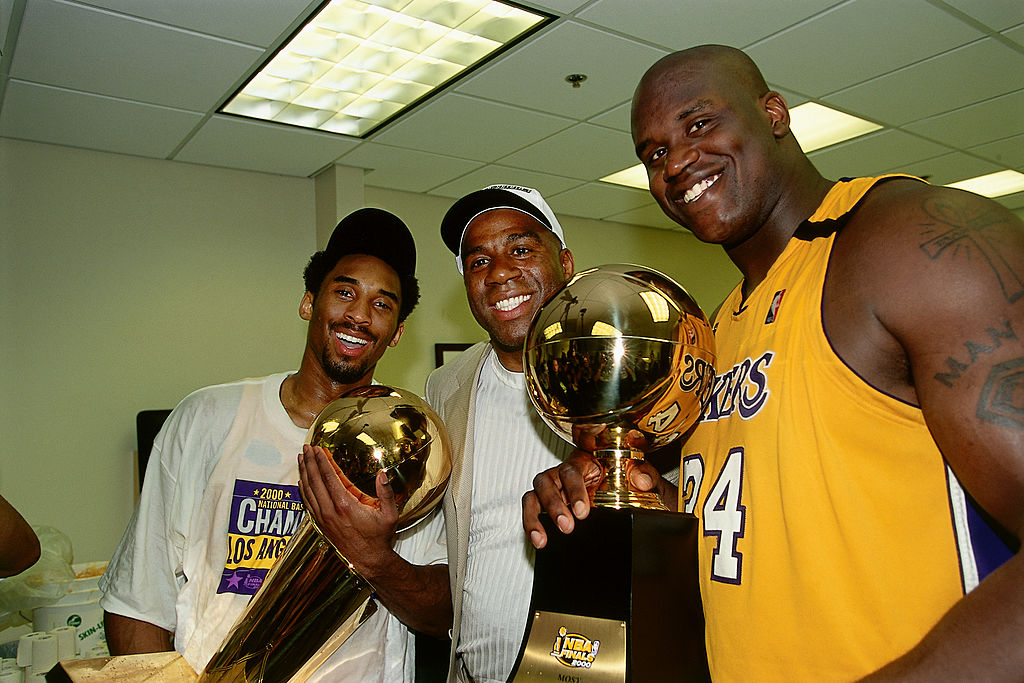 Shaquille O’Neal “was right” in claiming he would have made the difference in a hypothetical matchup between his three-peat Lakers against Michael Jordan‘s Bulls that won six titles in eight years during the 1990s, according to Magic Johnson.

“The Bulls had no great centers,” says Johnson, who led Los Angeles to five championships in the 1980s.

Magic adds that Kobe Bryant and Jordan would “cancel each other out,” but that Scottie Pippen “couldn’t do what Shaq could do.”

Per AM 570 LA Sports and Essentially Sports:

Magic was very clear and he said, “Well I think that Shaq would’ve been the difference because we all know that Kobe and Michael would’ve cancelled each other out. So if Jordan got 40, Kobe was going to get 40. Because one thing about Kobe, he was not going to give into anybody. I don’t care who it was. And, he patterned his game after Michael.”

Magic added to why he supports Shaq’s statement is because of the role players in Lakers of the 00s: “One guy Scottie Pippen. But see Scottie couldn’t do what Shaq could do.”

Johnson also said, “It would have been fun to see them.”