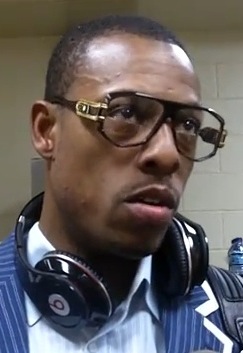 The biggest mover in the last few weeks has been the Raptors’ Jerryd Bayless. Since March 11, Bayless is averaging 22 points and 8 assists per night (save for his 14 minutes combined over the last two games). He is 38 for 70 from the field and even better, 12 for 21 from downtown. Unfortunately, a few games does not a player make. Bayless still only scores 1.09 points per possession (slightly above average) while using a quarter of the Raptors’ possessions.

Amar’e Stoudemire is finally getting somewhat back to form, as he increased his NERD rating by 3.8 to a whopping 2.8 total. The Knicks have won five straight and Stoudemire’s field goal percentage is back up to 47.3% (way up from earlier this year). This would still be his first year shooting under 50% since the 2004-05 season, but what’s important is his recovery. Amar’e has scored 15+ in five of his last six games and shot 50% or better in five of his last six as well. Things could be looking up for the playoff-hunting Knicks.

Speaking of the Knicks, Toney Douglas has regained his prized bottom spot in the NERD rankings with a brutal -12.3 rating. Douglas is shooting 31.7% from the field including 23.5% from long range. He has the worst offensive efficiency in the League for anyone with at least 500 minutes, scoring a ridiculously poor 0.79 points per possession.