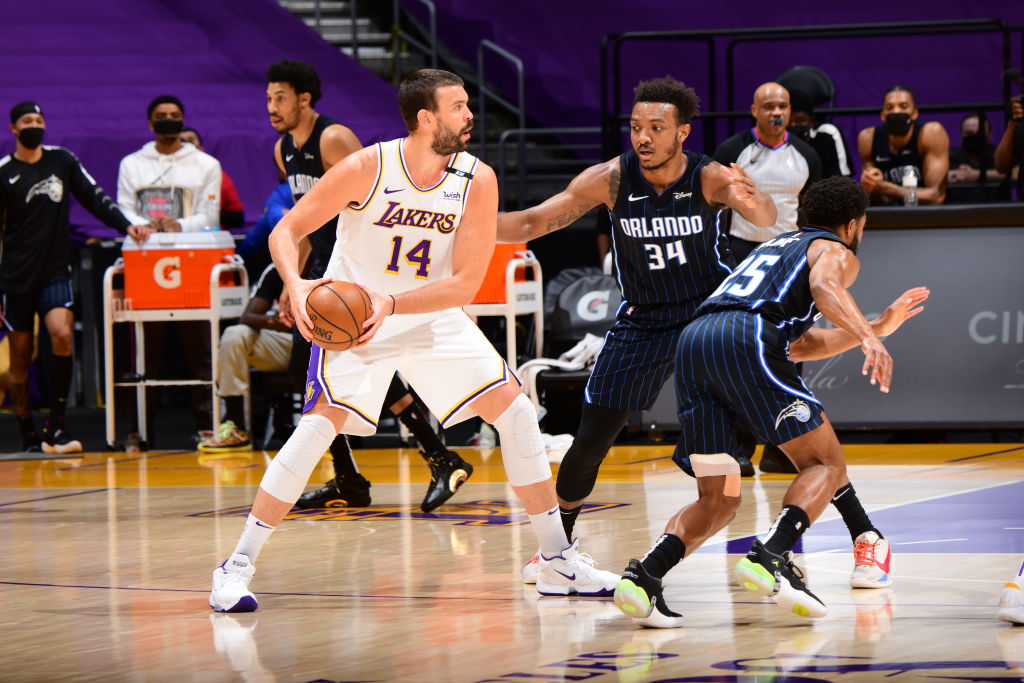 In what was a significant move shortly after the trade deadline, the Los Angeles Lakers signed veteran center Andre Drummond after he was bought out by the Cleveland Cavaliers. However, while Drummond looks to be someone who will stuff the stat sheets for the Lakers, it will likely be at the expense of new teammate Marc Gasol’s playing time.

After the move was made to acquire Drummond (who will start at center going forward), Gasol spoke to ESPN’s Dave McMenamin, expressing his frustrations with his current role with the Lakers.

This certainly wouldn’t be easy to accept, after starting in all but one game that he’s played in this season.

Gasol would go on to say that he understands how the NBA works and that he is still committed to the team.

“Things can change quickly in the NBA, just as they have changed for me. I’m committed to this team. It’s a hard pill to swallow because I know I’m going to be out of the lineup at some point. It’s never easy on a player. As a basketball player, you want to play. You want to contribute, especially when you made that commitment for that reason. But, we’ll see.”

Through 40 games this season, the 36-year-old has averaged 4.8 points and 4.0 rebounds in 19.7 minutes per game. Though Gasol might slip in the depth chart with the acquisition of Drummond, he’s still a great safety net in case of injury and brings additional depth at the center position.