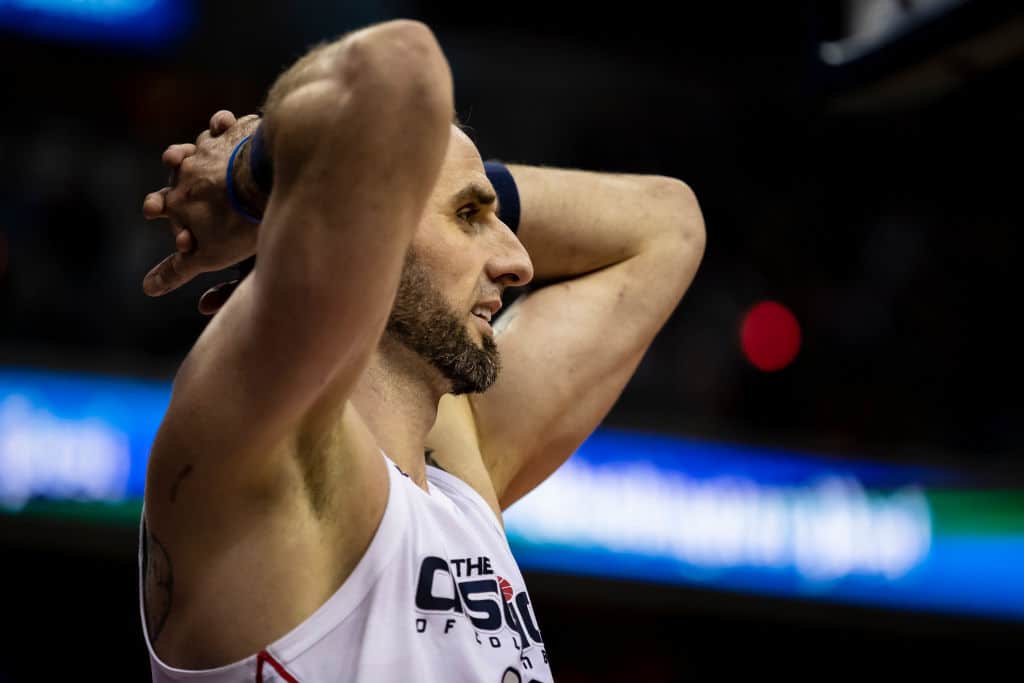 “Selfish”Wizards spend Sunday inside an honest film session. And the truth hurts. https://t.co/dAVJVDQXq7

Gortat and his teammates sat through a video session Sunday that shined a light on a their faulty ways.

The big fella says the Wizards won’t stand a chance in the postseason if they don’t start playing as a unit.

“I agree completely,” Gortat said about Brooks’s “selfish” comments. “It comes from the coach, and we as the players, we’ve seen that during the game. We feel that sometimes. It has to change. It has to change as soon as possible. It’s not only on one guy. It’s on a lot of people. You can’t win basketball games if you’re just thinking about yourself.”

Gortat continued: “For example, if I’m guarding DeMarcus Cousins or Karl-Anthony Towns, he’s going to beat me to the paint or he’s going to have a better position than me, I’m going to need a guard to help me out and a big to throw extra hands and extra bodies under the basket to help me to stop that guy. And the same way goes for guys like Russell Westbrook coming here or LeBron James coming here, and I’ve got to help my teammates to stop these guys from getting to the paint and bully them to the paint.”

Gortat, however, suggested that the Wizards must embrace Sunday’s message if they expect to survive any playoff matchup.