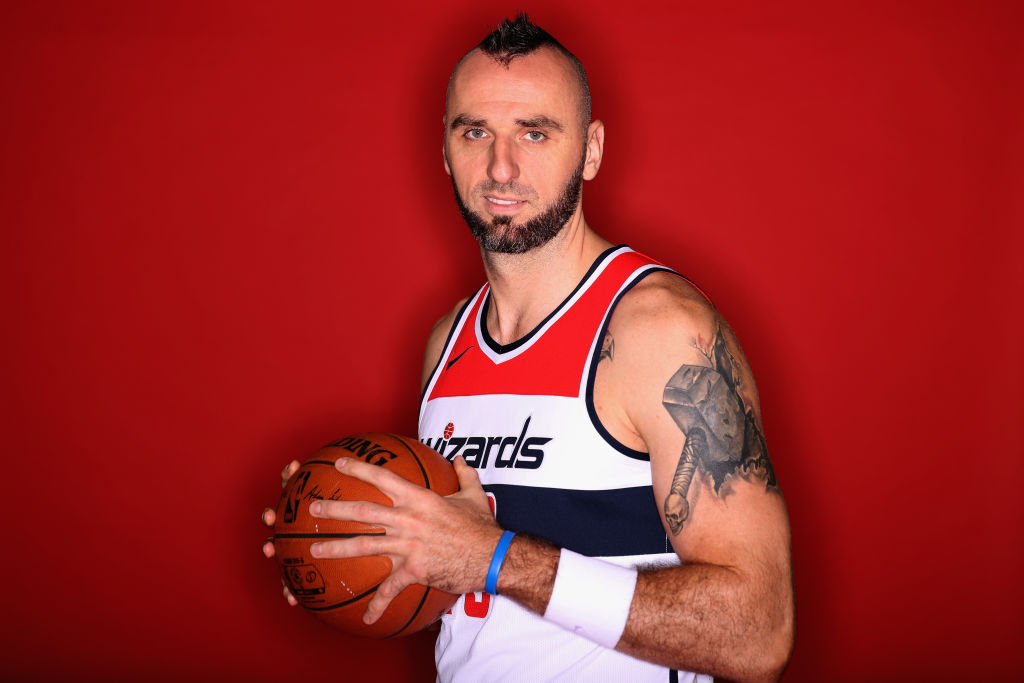 Marcin Gortat knows his days in the NBA are numbered—the Wizards’ center says he’s got about two-to-three years left in the League before he calls it quits.

Gortat is an old dog unwilling to learn any new tricks.

As promised the full Marcin Gortat quote on why he’ll spend precisely zero minutes trying to bring back the big man role in the NBA. pic.twitter.com/yfU7euYqWD

The 33-year-old was assured by the front-office in Washington that he wasn’t on the trading block over the summer.

At some point during the summer, Gortat would have a discussion with the Wizards and learn the team had no plans on trading him. Months later, Gortat now describes his exit interview as “a little misunderstanding” and says people should not have read into his comments that he wanted out.

“I’m just a veteran who knows that [I’m going to be] 34 years old,” Gortat said, explaining the rationale behind his statements in May. “Behind me, I have a center who’s younger and the team is going in a certain direction. I’m the oldest guy on the team, and I’m probably the one piece that might be traded. So [I was] just getting myself ready for a situation if I’m going to be traded.

“But then when the management called me and said: ‘We’re not trading you. You’re not going anywhere.’ That whole conversation died,” Gortat said. “I mean, I’m here. I’m a Washington Wizard.”

Related
Marcin Gortat to Analyze if Wizards are ‘Right Fit’