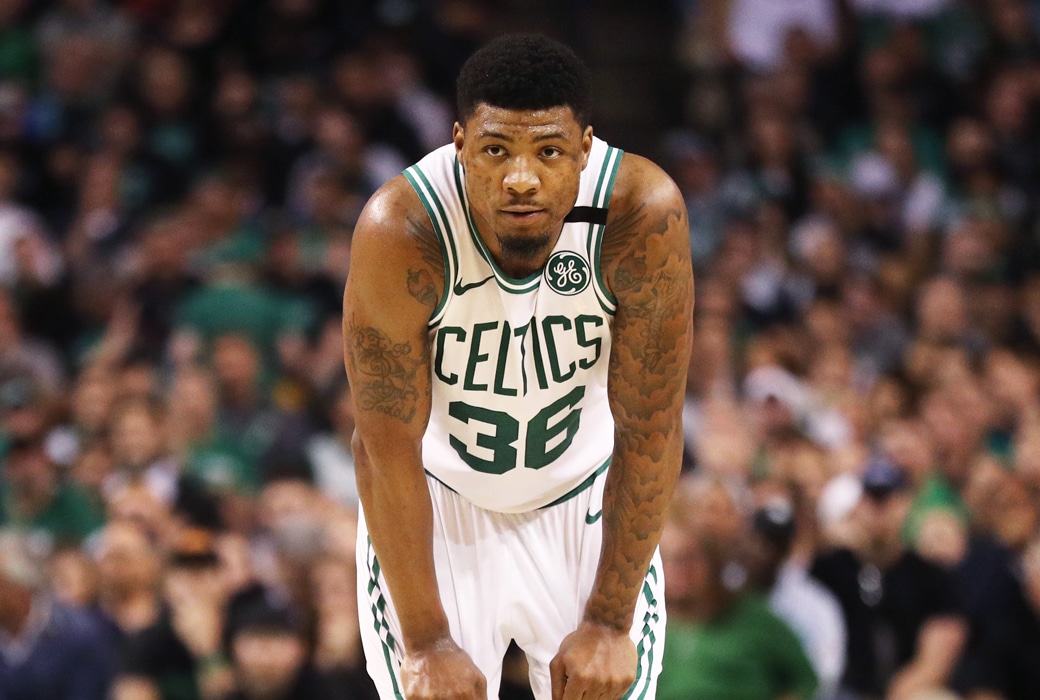 Celtics restricted free agent to-be Marcus Smart says that he deserves a contract worth more than “$12-14 million” per season.

“Just for the things I do on the court that don’t show up on the stat sheet. You don’t find guys like that.

“I always leave everything on the court, every game. Tell me how many other players can say that.”

Despite facing the uncertainty that free agency brings, Smart told reporters that he’s confident that Danny Ainge will make him a priority this summer:

“Danny emphasizes all the time how much he loves me as a player and emphasized how much they want me here.

“I want to be here, so that’s the plan right now.”

Smart added that his heart is in Boston.

“I’ve been here for four years. My heart’s here. But there’s definitely going to be some factors going into it.”