Mariah, The Glove and Ginobili! 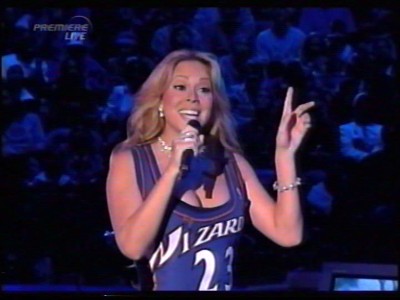 QUOTE OF THE DAY
“It was the most peaceful, beautiful place I’ve ever seen in my whole life. It was unbelievable.” — Kyle Korver, on visiting a South African game preserve.

THE LINKS
• You have to love the WNBA, a league where the deciding game of the Finals will not be played at the home arena of the team with home court advantage because of a Mariah Carey concert.

• Q&A with Coach K, who notes that the trip was a little bit too long and that the team probably wouldn’t have been any better with JJ Redick on the roster.

• The Heat have re-signed Gary Payton for one year at the veteran’s minimum. This makes my main man Shandon Anderson the lone member of last year’s championship squad unsigned. Get it done, Riles!

• Pau Gasol will have cut-up on his foot tomorrow, and he says he hopes to return in time for the start of the season.

• Will Manu Ginobili make the Basketball Hall of Fame?

And just a thought: Since Argentina was widely regarded as the class of South America and one of the three best teams in the world going into the World Championships, does their finishing out of medal mean it’s a disaster and it’s time to overhaul Argentina basketball? Or is it only the American media that reacts this way?
• Phil Jasner points out that if the Sixers are to be sold near their believed asking price of $450 million, the incoming owners will need to have at least $300 million in cash. They should hire Iverson’s security detail to make sure they stay safe. Jasner also notes that the Sixers were sold for $12 million in 1981. Quite a markup involved.

• Latrell Sprewell (who doesn’t even know a Mark) will not be charged, say Milwaukee police, after a woman accused him of choking her while they had sex on his boat. Ugh.

• Good stuff from Kyle Korver, who is on the NBA’s Basketball Without Borders trip to Africa.